My research explores the genetic pathways that promote sexual differentiation during an organism’s development. The nematode worm, C. elegans is ideally suited to address my research questions because of its simple anatomy and well-characterized cell division patterns, and because many of the genes that control C. elegans development are also conserved in other animals. During embryogenesis, the reproductive tract in C. elegans starts as two cells that are identical in the two sexes. Subsequently these cells divide and differentiate to form dramatically different organs: either a male or a hermaphrodite gonad. Using cell-specific RNA-seq, I have identified genes that are expressed predominantly in the developing gonad of one sex or the other. The two broad questions that my laboratory is investigating are: What are the functions of these genes in specifying development as one sex or the other? And how are these genes regulated so that they are expressed only in one sex?

Specifically, my laboratory uses a breadth of molecular techniques to examine phenotypic defects that result when these sex-biased genes are mutated. We make use of existing mutations or generate new mutant alleles by CRISPR-Cas. We identify cis-acting regulatory elements and trans-acting factors that are necessary for expression of these genes in the appropriate sex and define the regulatory networks in vivo. We also use computer-based approaches including bioinformatic analyses to guide and direct the genetic network analyses. 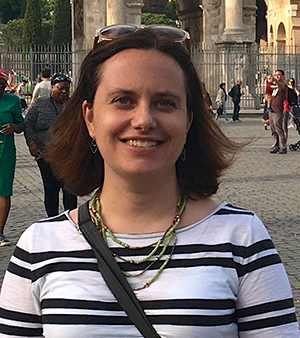 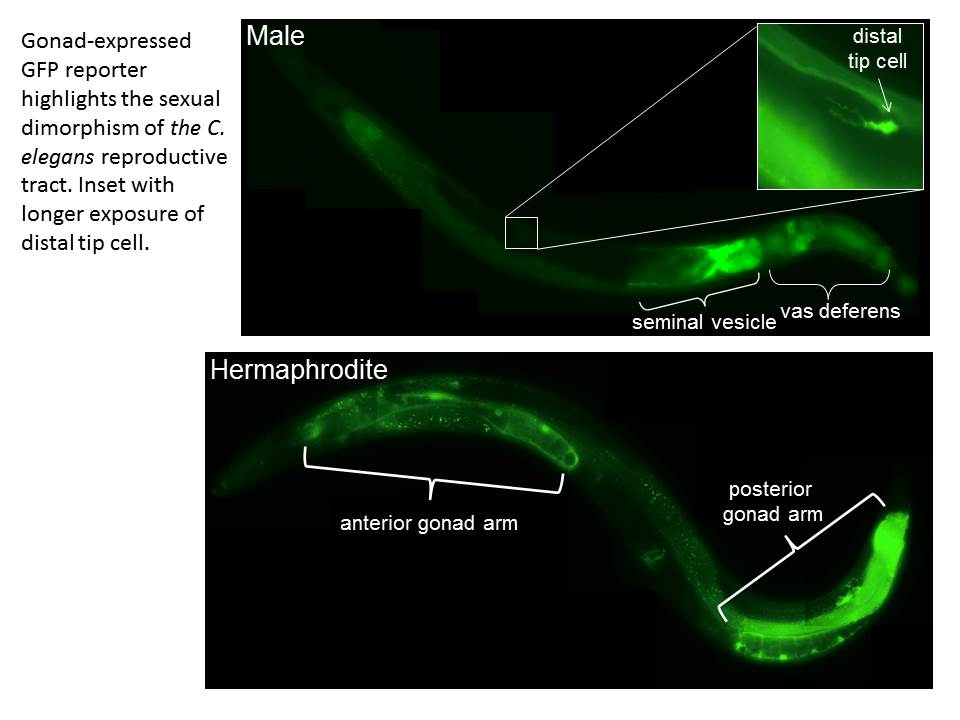