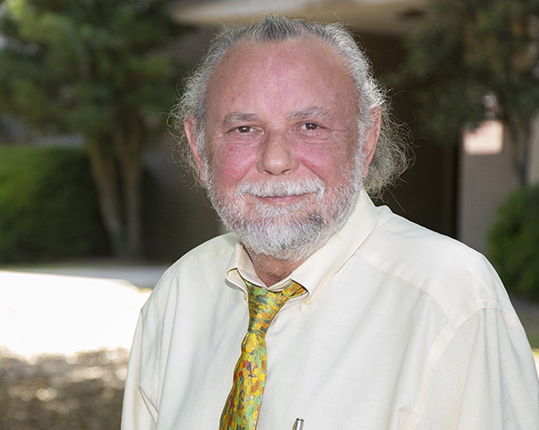 Professor James Aucoin grew up in Kansas City, Missouri. He received his B.A. in English from the University of Missouri-Kansas City, and his master’s in journalism from the University of Colorado-Boulder before embarking on a career in newspapers and magazines.  He has been a reporter, writer, copy-editor, editor, and designer for various print publications, from weekly newspapers to dailies and magazines. After 18 years in journalism, he entered the doctoral program at the University of Missouri School of Journalism, earning his PhD. degree in December 1993.

He joined the faculty at the University of South Alabama in August 1994. He has published two books, including The Evolution of American Investigative Journalism, first released in 2005. He has published numerous academic articles, book chapters, and encyclopedic articles on media ethics, investigative journalism, media history, and literary journalism. He is treasurer of the American Journalism Historians Association. His teaching assignments include media ethics, feature and magazine writing, enterprise reporting, introduction to media, media law, and media history. He and Peggy Hansen married in 1990, and between them they have three children, seven grandchildren, two great-grandchildren (so far) and two dogs. Hobbies include sailing and foreign travel.