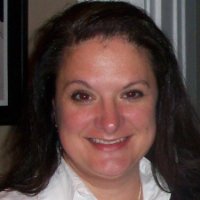 Stephanie M. Fisher is the Lead Forensic Applications Chemist at Spectra Analysis Instruments and has also been an adjunct instructor at the University of South Alabama within the Criminal Justice Department since 2006. She holds a B.S. in Biology with a minor in Chemistry, a B.A. in Criminal Science, and a Master’s in Public Administration. Mrs. Fisher started her career in the laboratory setting in 1995 at TAI Environmental Sciences as a lab technician, and then a lab manager. She also worked at a QA/QC lab for Elf Atochem, a chemical manufacturing facility. In 2003, she began her career as a forensic drug chemist with the Alabama Department of Forensic Sciences (ADFS). During her time in forensics she has; analyzed thousands of exhibits, testified in state and federal courts, provided training for law enforcement officers, responded to numerous clandestine laboratories, as well as performing internal and external laboratory audits for accreditation. Within the forensic laboratory, she used the solid phase GC-IRD for five years for routine analysis of drug submissions, as well as analysis of new and emerging drugs and substances. In 2013, she joined Spectra Analysis Instruments as Lead Forensic Applications Chemist, where she is primarily responsible for assisting chemists with GC-IRD forensic applications and providing training for the use of the DiscovIR solid phase instrument within forensic laboratories.