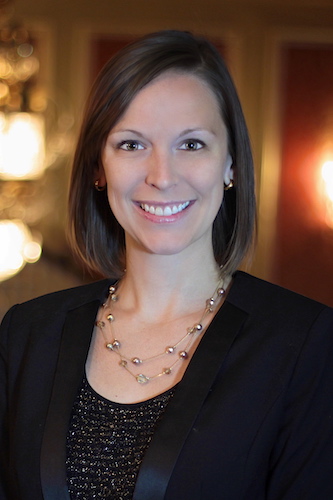 Come join the USA Steel Band and World Music Ensemble for their annual Spring Concert on Wednesday, April 27 at 7:30 p.m. in the Laidlaw Performing Arts Center. This year the ensembles will feature the USA Celtic Crue as well as Dr. Megan Arns, expert on traditional West African music from Zimbabwe, Ghana, and Guinea. Dr. Arns will perform with all three ensembles on various instruments, as well as conducting master classes and rehearsals during her 3-day residency at the Department of Music.

Tickets for this Musical Arts Series event will be sold at the door only. Admission is $8 general and $5 for USA faculty & staff, USA students, youths under 18 and all senior citizens (cash or check only). Persons needing more information about this event or in need of special accommodation may call (251) 460-7116 or (251) 460-6136.

About the guest artist

Megan Arns is a percussionist, ethnomusicologist, and educator with a diverse set of skills and a driven passion for her craft. She is a member of the music faculty at the University of Missouri in Columbia, MO as an Assistant Teaching Professor of Percussion, and also serves on the percussion faculty at Interlochen Arts Camp and Valencia International Performance Academy during the summer. Recent past faculty positions include Mansfield University in Pennsylvania and the National Music Conservatory in Amman, Jordan where she was also the Principal Timpanist of the Amman Symphony Orchestra. She has also performed with the Tallahassee, Sarasota, Missouri, Northwest Florida, Albany, Southern Tier and Macon Symphony Orchestras.

Active as a contemporary chamber percussionist, Megan’s recent highlights include collaborative performances in France, India, Jordan, Costa Rica, Ghana, and the United States at venues such as the Kennedy Center, Millennium Park, Smithsonian Institution, and the Percussive Arts Society International Convention. She is an advocate for the creation of new music, co-commissioning and premiering works by notable composers such as John Luther Adams, Michael Burritt, Alejandro Vinao, Halim El-Dabh, Steven Snowden, Adam Silverman, and Ivan Trevino. Megan regularly performs with three contemporary chamber groups: the [Switch~ Ensemble] in residence at the Eastman Computer Music Center, What is Noise from Florida State University, and her saxophone/percussion duo, DRAX, at the University of Missouri with Leo Saguiguit.

She also has extensive experience in the field of marching percussion, currently acting as a consultant for Gateway Indoor Percussion, a World-Class WGI group, and serving as the Front Ensemble Instructor of the DCI Boston Crusaders Drum & Bugle Corps for the 2008-09 seasons. As a member, she received the distinguished Mike Laporta Percussion Award as a performing member of the Santa Clara Vanguard from 2005-06 and marched with the Colts Drum & Bugle Corps in 2002 and 2004.

Megan is a candidate for a D.M.A. in Percussion Performance & Literature and received a M.A. in Ethnomusicology at the Eastman School of Music. She was also awarded performance degrees from Florida State University and Truman State University, where she was recognized as a Presser Scholar. Her primary teachers include Michael Burritt, John W. Parks IV, Michael Bump, Bill Cahn, and Nyoman Suadin. An active member of the Percussive Arts Society, Megan is the editor of Rhythm! Scene, an official online publication of PAS. She endorses Vic Firth Sticks & Mallets and Pearl/Adams Musical Instruments.