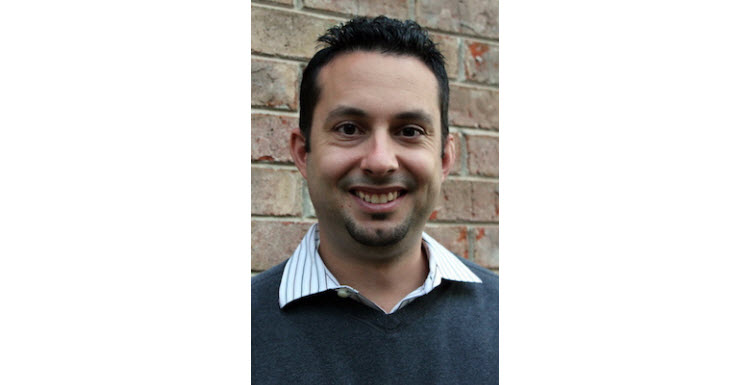 Dr. Luis Rivera, Director of Percussion Studies at USA, will present a solo percussion recital on Wednesday, January 18 at the Laidlaw Performing Arts Center. Included on the program will be two world premiere performances from American composers Steven Snowden and Marc Mellits. Steven Snowden's new work for timpani and electronics, The Taos Hum, is a musical depiction of the naturally occurring phenomenon of low-frequency humming that has been heard by a sizeable portion of people living in and around Taos, New Mexico. Marc Mellits, who has previously composed for the USA Percussion Ensemble in 2013, recently released a new work for solo marimba entitled Zodiac, which features short, musical vignettes for each of the twelve astrological signs of the zodiac. Other instruments featured on the program are the djembe, glockenspiel, drum set, and snare drum from composers B. Michael Williams, Joseph Tompkins, Stuart Saunders Smith, Benjamin Finley, and Luis Rivera.

Tickets for this Department of Music event will be sold at the door only. Admission is $8 general and $5 for USA faculty & staff, USA students, youths under 18 and all senior citizens (cash or check only). Persons needing more information about this event or in need of special accommodation may call (251) 460-7116 or (251) 460-6136.

Dr. Luis C. Rivera (b. 1983) serves as Assistant Professor of Music and the Director of Percussion Studies at the University of South Alabama teaching applied lessons, the USA Percussion Ensemble, the Jaguar Drumline, the USA Steel Band, and the World Music Ensemble. He is originally from Orlando, where he received his Bachelor’s degree in Music Education from the University of Central Florida under the direction of Jeff Moore and Kirk Gay. While at UCF, Dr. Rivera was a Presser Foundation Scholar and the winner of the UCF Music Department’s Performance Excellence Competition (2004). He holds a Master of Music degree in Percussion Performance from the University of South Carolina, under the direction of Dr. Scott Herring and Jim Hall, where he was a graduate Teaching Assistant, director of the Palmetto Pans Steel Drum Ensemble, and winner of the USC Concerto Competition performing Emmanuel Séjourné’s, Concerto pour Vibraphone et Orchestre à Cordes. In 2012 he received the Doctor of Music degree in Percussion Performance from Florida State University, studying under Dr. John W. Parks IV, where he was a recipient of the McKnight Doctoral Fellowship. Dr. Rivera is a published composer/arranger through Alfred Music, Bachovich Publications, Tapspace Publications, self-publishes various classical arrangements, and has scholarly works published with the Percussive Arts Society (PAS) journals Percussive Notes and Rhythm! Scene. He also serves on the PAS Composition Committee.

Outside of the classroom, Dr. Rivera is an active performer and educator across the United States. He currently performs as a percussionist with the Mobile Symphony, Gulf Coast Symphony, and Pensacola Symphony Orchestras. Dr. Rivera is an active adjudicator in the Gulf Coast marching band and indoor drumline circuits for Louisiana, Mississippi, Alabama and Florida, the Florida Bandmasters Association, and has served as a clinician at the Alabama Day of Percussion, Alabama Music Educators Association In-State Conference, and several universities around the nation. He has been a featured recording artist on several albums released through Garnet House Productions including Adam Silverman: Percussion Music (2014), Firefish: The Music of Blake Tyson (2014), The Florida State University Percussion Ensemble, Volume 1 (2010), Volume 2 (2013) and Volume 3: Ten Windows (2015), and The Gaia Theory (2012) released through Rattle Records in New Zealand. His arrangements and compositions, including The Fairy Garden, Evergreen, and Pascal’s Motor Rhythms, have also been included on various studio albums. Dr. Rivera is also one half of a percussion duo with Dr. Justin Alexander called Novus Percutere, releasing their debut album symmetry | reflection through Synced Up Designs in 2015. The duo is committed to commissioning new works for percussion as well as promoting contemporary music through master classes and recitals around the globe.

As part of the FSU Percussion Ensemble, Dr. Rivera performed on a national tour and showcase concert for the 2011 Percussive Arts Society International Convention (PASIC) in Indianapolis. Two of the selections on the program were his arrangements of Maurice Ravel's, “The Fairy Garden” from The Mother Goose Suite, and The First Circle by Pat Metheny and Lyle Mays. Since then Dr. Rivera has been a featured arranger or performer at PASIC from 2011 through 2014. He also has taken the USA Percussion Ensemble to compete in the Concert Chamber Percussion Ensemble Competition at PASIC 2014 and 2015 where they earned Second Place in the Collegiate Division both years.

Dr. Rivera has also involved with Drum Corps International for over ten years. He performed as a snare drummer with Magic of Orlando (2002-2003) and the Madison Scouts (2004), served as a snare drum technician with Carolina Crown (2005-2006), a snare drum technician and marching instructor with the Boston Crusaders (2007-2011), the Front Ensemble Coordinator and Supervisor for Spirit of Atlanta (2013) and is currently a front ensemble consultant with the Cadets Drum and Bugle Corps based out of Allentown, Pennsylvania. Dr. Rivera is a proud endorser of Pearl/Adams instruments, Zildjian cymbals, Remo drumheads, Grover Percussion, and Vic Firth sticks and mallets.