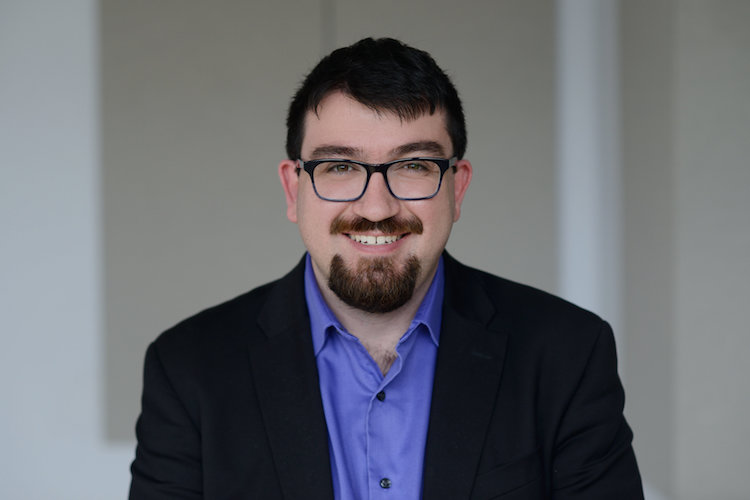 Tickets for this Department of Music event will be sold at the door only. Admission is $8 general and $5 for USA faculty & staff, USA students, youths under 18 and all senior citizens (cash or check only). Musical Arts Series season passes will of course be honored for admission to this event. Persons needing more information about this event or in need of special accommodation may call (251) 460-7116 or (251) 460-6136.

Richard Mastersis a soloist, opera coach, chamber musician and orchestral pianist based in Blacksburg, VA, where he is an assistant professor of piano and collaborative piano on the music faculty at Virginia Tech's School of Performing Arts.Significant collaborations include concerts with Grammy-winning baritone Donnie Ray Albert, Colombian mezzo-soprano Marta Senn, and the late mezzo-soprano Barbara Conrad. He has appeared with former Boston Symphony principal trombonist Norman Bolter, former Juilliard String Quartet violinist Earl Carlyss, saxophonist Harvey Pittel, and under the baton of the late Lorin Maazel. Masters has performed solo, chamber and vocal recitals throughout the U.S. and in Europe.

As a solo pianist, Masters plays a wide variety of standard and non-traditional repertoire, including contemporary pieces written for or commissioned by him. A strong proponent of contemporary American composers, he has performed world premieres of pieces by Kenneth Frazelle, Jon Jeffrey Grier,Charles Nichols, Kent Holliday, and many others. He is also an enthusiastic performer of British music from the early 20th century, focusing in particular on the solo piano music of John Ireland. The critic John France wrote on MusicWeb International "Richard Masters approaches [John Ireland's Piano Sonata] with great style and understanding: all the facets of Ireland’s art are present here: ‘…the lyrical, the dramatic, the extrovert and the melancholy –the intense self-questioning and the open, almost naive, avowals.’"

Masters recently appeared on the National Flute Association's keynote concert in "Wish," a work for flute and piano commissioned by Masters from flutist and composer Valerie Coleman. Other recent appearances include performances at the Isabella Stewart Gardner Museum's "Music at the Gardner" series, the San Francisco Conservatory, the Schola Cantorum in Paris, and concerts in Toronto and Trinidad/Tobago. In the2017-2018 season, he will tour North Carolina, South Carolina, Kentucky, and Georgia with Ariana Wyatt, soprano, and play a series of solo concerts in Alabama, Ohio, Illinois, and West Virginia. He will also appear on the Mid-Atlantic Flute Convention's keynote recital, accompanying Valerie Coleman and Jennifer Parker Harley.

His writings include an in-progress volume on American pianists, an article on the history of accompanying (American Music Teacher), and a life and discography of Italian baritone Millo Picco (The Record Collector).

Richard Masters holds degrees from the Eastman School of Music (DMA), the Juilliard School (MM), and the University of Colorado at Boulder (BM).  He lives in Blacksburg with his husband Matthew, their daughter Alice, and a pug named Coleslaw.