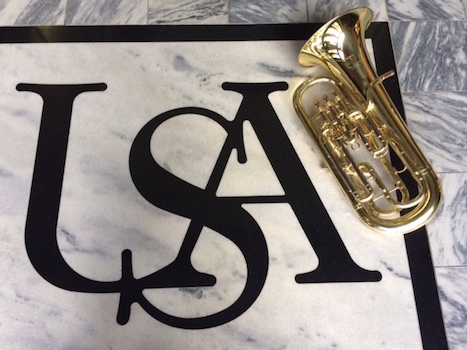 Members of the newly-formed Port City Tuba-Euphonium Ensemble invite you to their Inaugural Spring Concert at the Laidlaw Performing Arts Center on the University of South Alabama Campus. The concert is Saturday, May 5 and begins at 7:00 p.m., directed by Daniel Singleterry and Chris McCrary. The ensemble will perform several classical and popular works written originally for tuba ensemble and also transcribed for this unique combination of instruments.

This concert is free and open to the public. Questions about the concert and accommodation should be made directly to the Port City Tuba-Euphonium Ensemble at (251) 377-9048.

(USA Department of Music is not the presenter of this concert and does not have ensemble or program information.)