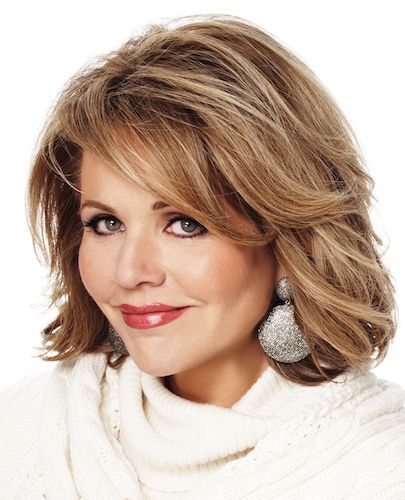 The USA Department of Music is thrilled to announce that world-renowned soprano Renée Fleming will teach a voice master class in the Laidlaw Performing Arts Center Recital Hall on Monday, September 10 at 4:30 p.m. Ms. Fleming, one of the most versatile and lauded performers of her generation, will work with selected voice students from the USA Department of Music. The master class is free and open to the public. Seating is limited, and no reservations will be made in advance. Ms. Fleming’s master class is made possible through collaboration with Mobile Symphony Orchestra and the University of South Alabama Office of the President. For more information, please call (251) 460-7116.

Renée Fleming is one of the most highly-acclaimed singers of our time. In 2013, President Obama awarded her America's highest honor for an artist, the National Medal of Arts. She brought her voice to a vast new audience in 2014, as the only classical artist ever to sing the US National Anthem at the Super Bowl. Winner of the 2013 Grammy Award (her fourth) for Best Classical Vocal Solo, Renée has sung for momentous occasions from the Nobel Peace Prize ceremony to the Diamond Jubilee Concert for Queen Elizabeth II at Buckingham Palace. In 2008 Renée became the first woman in the 125-year history of the Metropolitan Opera to solo headline an opening night gala.

Renée earned a Tony Award nomination for her performance in the 2018 Broadway production of Rodgers and Hammerstein’s Carousel. Her recent tour schedule has included concerts in New York, London, Vienna, Paris, Madrid, Tokyo, and Beijing. She is heard on the soundtracks of the current films The Shape of Water and Three Billboards Outside Ebbing, Missouri, and she will soon be heard as the singing voice of Roxane, played by Julianne Moore, in the film of the best-selling novel Bel Canto.

As Artistic Advisor to the John F. Kennedy Center for the Performing Arts, Renée currently spearheads a collaboration with the U.S. National Institutes of Health, with participation by the National Endowment of the Arts, focused on the science connecting music, wellness, and the brain. She has given 14 presentations with scientists and practitioners around the US on this subject over the past year.

Known for bringing new audiences to classical music and opera, Renée has sung not only with Luciano Pavarotti, Plácido Domingo, and Andrea Bocelli, but also with Elton John, Paul Simon, Sting, Josh Groban, and Joan Baez. She has hosted a wide variety of television and radio broadcasts, including the Metropolitan Opera’s Live in HD series, and Live from Lincoln Center. This fall, Decca will release her newest album, Broadway, which featuring a collection of great musical theater songs from the 1920’s to the present day. Renée has recorded everything from complete operas and song recitals to indie rock and jazz; and her album Signatures was selected by the U.S. Library of Congress for the National Recording Registry, as an “aural treasure worthy of preservation as part of America’s patrimony.” In 2010, she was named the first-ever Creative Consultant at Lyric Opera of Chicago. She is a member of the Board of Trustees of Carnegie Hall, the Board of Sing for Hope, and the Artistic Advisory Board of the Polyphony Foundation. She is a spokesperson for the American Musical Therapy Association. Renee’s memoir The Inner Voice, published in 2004, is currently in its 16th printing. Among her awards are the Fulbright Lifetime Achievement Medal, Germany’s Cross of the Order of Merit, Sweden’s Polar Music Prize, France’s Chevalier de la Legion d’Honneur, and honorary doctorates from the University of Pennsylvania, Northwestern, Duke, Harvard, and Carnegie Mellon Universities, the Eastman School of Music, and The Juilliard School. http://www.reneefleming.com