The Piano Music of David Z. Durant in Concert February 7 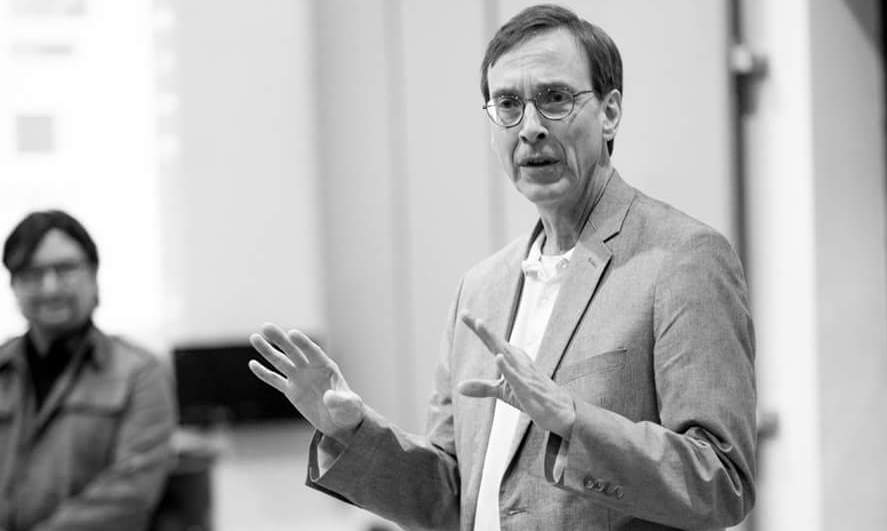 On Thursday, February 7, 2019 at 7:30 p.m. the piano music of David Z. Durant, professor of music at USA, will be performed by a member of his own family and by his musical family at USA. All the works were composed since Durant moved to Mobile in 2003. Durant’s oldest son, Micah Durant, will premiere the latest work, Apophenia. LeeArron Klosterman, BM and MM in piano from USA, will perform Twilight Reflections. Robert Holm, director of piano studies at USA, will perform three works: Four Inventions, After the Impact, and The Shadow’s Soft Edge. Jerry Alan Bush, professor emeritus of music at USA and for whom all these pieces were written, will perform two works: D’Olive and Dreams at Dawn: Light Curving in the Sky.

Durant began writing piano music for Bush in 2004. Since then Durant has written seven pieces for Bush which were also dedicated to him. Durant has been composing modern art music for over 40 years. He has composed over 100 works and has had performances in South Korea, China, Italy, The Netherlands, Spain, Northern Ireland, Scotland, Mexico, Puerto Rico and across the United States. His new piece for trumpet and fixed audio, “Unveiled,” will be premiered on Friday, April 12, 2019 in Rome, Italy at the Pontifical Institute of Sacred Music.

Tickets for this Musical Arts Series event will be sold at the door only. Admission is $8 general and $5 for USA faculty & staff, USA students, youths under 18 and all senior citizens (cash or check only). Musical Arts Series season passes will of course be honored for admission to this event. Persons needing more information about this event or in need of special accommodation may call 251-460-7116 or 251-460-6136.
Need directions to Laidlaw? Just go to Google Maps at www.maps.google.com and enter "USA Laidlaw Performing Arts Center." We're actually on the corner of University Blvd. and USA Drive South.

Musical Arts Series Season Pass Holders may now reserve their place at concerts if they contact events coordinator Keith Bohnet by 5:00 p.m. the day previous to the event! Call 251-460-7116 or email kbohnet@southalabama.edu. Please mention the amount of seats needed AND be sure you are planning on being in place at least 20 minutes in advance of the concert! (Pass Holders only please! Held seats not claimed within 20 minutes of the performance may be offered to other concert attendees.)