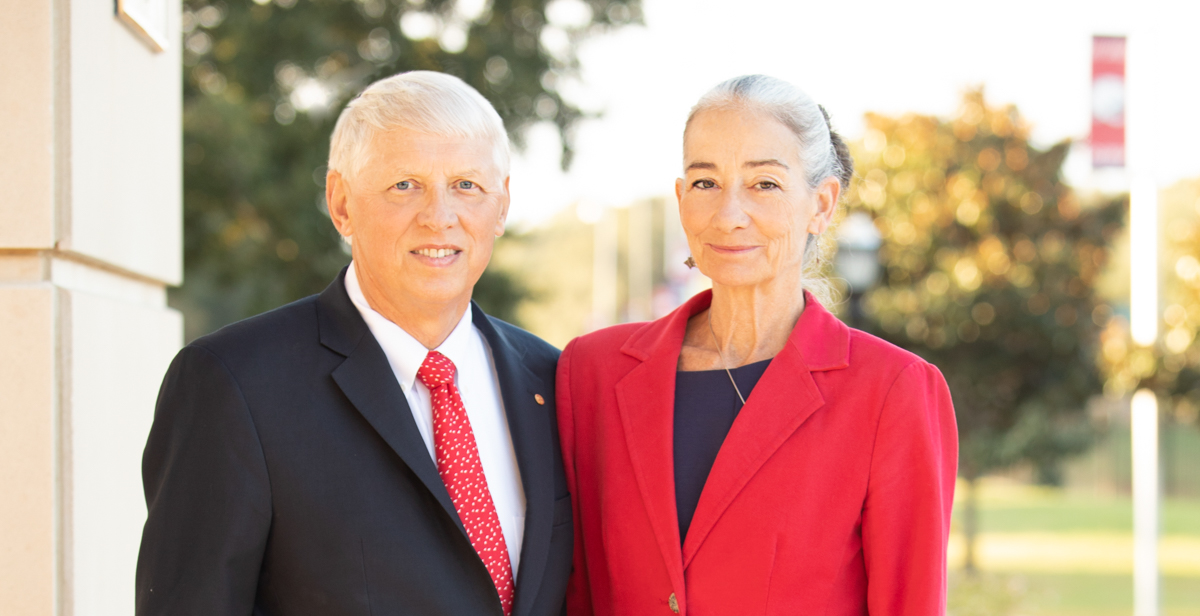 Dr. Tony Waldrop will step down as president later this year. “It has been a pleasure and an honor to serve as president of the University of South Alabama, and to work alongside an outstanding group of talented and dedicated faculty, staff, students, alumni, donors and administrators,” he said.

After a seven-year tenure marked by substantial growth and enhancements to the University of South Alabama’s mission of education, healthcare, research and service, President Tony Waldrop will retire later this year, the University’s Board of Trustees announced today.

“President Waldrop has accomplished so much during his time at USA that it is almost impossible to catalog his impact on the University,” said USA Board of Trustees Chair Jimmy Shumock. “His guiding principle is to put students first, and he has substantially enhanced academics, student life, athletics and facilities, and developed new programs and initiatives that have propelled USA to higher levels of teaching and research. At the same time, he’s overseen advancements and expansions to our healthcare system that make USA Health the premier provider in the region.”

Waldrop will remain in office at least through the end of this academic year, Shumock said, as a national search is conducted to select the next president.

“It has been a pleasure and an honor to serve as president of the University of South Alabama, and to work alongside an outstanding group of talented and dedicated faculty, staff, students, alumni, donors and administrators,” Waldrop said. “As a community, we have together made great strides forward on all fronts – academic, healthcare, research, and student life – and I’m grateful to have had the opportunity to continue the upward trajectory of this great University.”

Since Waldrop joined USA in 2014, the University has enrolled the highest-achieving freshman classes in its history and improved academic advising, academic facilities, housing and student life, leading to higher retention and graduation rates. He launched the Pathway USA partnership with regional community colleges, opened USA’s Honors College and added the new Global USA division to manage international programs. His tenure has been marked by campus enhancements that include a new residence hall, a new student health center, a new simulation program building and a new alumni center, as well as new and upgraded athletic facilities that include Hancock Whitney Stadium, the Jaguar Training Center and renovations to the track and field and softball stadiums.

Waldrop also has overseen the most significant expansion of USA Health in the history of the University. During his presidency, USA Health has added dozens of new physicians and practices to its roster of providers, expanding and improving options for patients. In recent years, USA Health also opened the Strada Patient Care Center, dedicated the Fanny Meisler Trauma Center at University Hospital, expanded USA Health’s footprint in Baldwin County with a new Mitchell Cancer Institute clinic, and recently announced plans for the new Mapp Family Campus in Baldwin County.

After retiring, President Waldrop will join his wife, Julee, in North Carolina, where she recently accepted a position at Duke University as assistant dean for the School of Nursing, where she will oversee the doctor of nursing practice program.

Waldrop has a bachelor’s degree in political science, a master’s in physical education and a Ph.D. in physiology, all from the University of North Carolina. Waldrop also attained athletic success at North Carolina, winning two NCAA championships as a mile runner on the track and field team and, in 1974, setting a world record for the indoor mile.

After earning his doctorate, Waldrop continued his training at the University of Texas Southwestern Medical Center in Dallas in 1982 as a research fellow in the Cardiopulmonary Division, receiving a National Institutes of Health postdoctoral fellowship at the Moss Heart Center.

The University of South Alabama is a global teaching and research university that provides students with an exceptional education in business, the liberal arts, education, engineering, computing, the sciences and healthcare. USA’s commitment to student success includes small class sizes and hands-on research opportunities in more than 100 undergraduate, graduate and doctoral degree programs offered through 10 academic colleges and schools. USA offers advanced and innovative health care through the USA Health system of hospitals and clinics, as well as the College of Medicine.