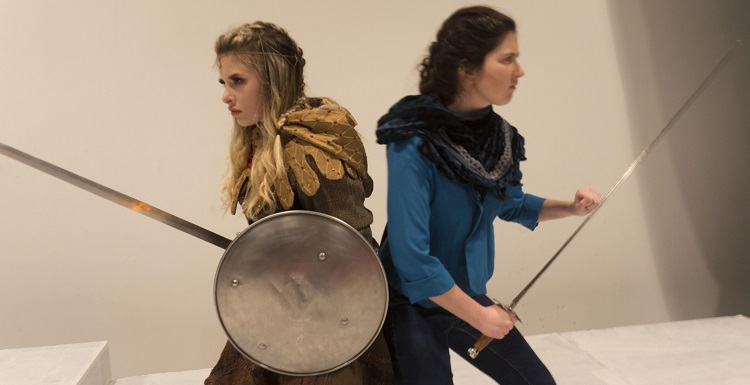 Tilly, left, played by Emily Ericson, and Agnes, played by Abigail St. John, perform in the Theatre USA production of 'She Kills Monsters.'

Theatre USA will present the opening performance of the contemporary comedy “”She Kills Monsters,” the third production of its 2017-2018 season, at 7:30 p.m. Feb. 16 in the Laidlaw Performing Arts Center on the University of South Alabama Campus.

Written by award-winning playwright Qui Nguyen, the story depicts the adventures of Agnes Evans in the world of fantasy role-playing games. As she attempts to connect with her lost sister, Tilly, she encounters homicidal fairies, nasty demons and a five-headed dragon in the production, which is suitable for teens.

For ticket information, call the USA Box Office at (251) 460-6305, or visit it in the lobby of the Laidlaw, 9 a.m.-4:30 p.m., Monday through Friday. The Box Office will open for ticket sales one hour before each performance.