Engineering Project Takes Off with NASA 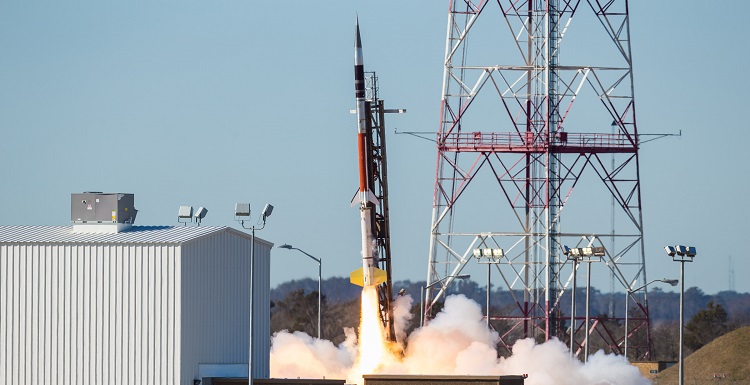 This NASA sounding rocket, which included experimental research from the University of South Alabama’s College of Engineering, successfully launched on March 1. The payload flew approximately 115 miles high. Photo courtesy of NASA/Allison Stancil. Bottom photo: Brannon Kerrigan and Dr. Edmund Spencer examine a TDIP instrument they developed in the College of Engineering. An identical TDIP was launched in a NASA rocket.

When your senior project is launched on a NASA rocket, that’s pretty cool.

For Brannon Kerrigan, John Mullins and five of their University of South Alabama engineering classmates, their eyes were on the skies March 1 when NASA launched a research rocket that included a new instrument built by students in electrical and computer engineering.

The instrument is called a Time Domain Impedance Probe, or TDIP, and it measured properties of ionospheric plasma as the rocket traveled through the Earth's upper atmosphere. The TDIP, which is about the size of a cell phone, is an invention of the project’s supervisor, Dr. Edmund Spencer, an assistant professor of electrical and computer engineering.  It took eight months for the student/faculty team to design, build, test and deliver the instrument to NASA’s Wallops Flight Facility in Virginia in September.

Spencer is a space physicist who studies the behavior of plasmas in space, primarily the Earth's magnetosphere and ionosphere. “The ionospheric response to interplanetary disturbances during magnetic storms impacts radio waves when they are transmitted from one place to another, and can influence things such as GPS accuracy,” he said.  “Measuring the properties of the ionospheric plasma can help us learn more about its peculiar mixture.  Nearly all matter in the Universe is in the plasma state, the physics of which are the subject of intense theoretical and experimental investigation.”

Perhaps of equal value is the hands-on research South Alabama students such as Kerrigan experience by being deeply involved in such a long-term project. A senior from d’Iberville, Miss., Kerrigan first visited South as a trumpet player for a high school honor band. He fell in love with the campus and the opportunities.

“I feel great pride to be able to work on a project such as this,” said Kerrigan, who is on track to earn his bachelor’s degree in the spring. “Working with University faculty over such a long period has given me exposure to their experience and expertise.”

“This project has really brought relevance to everything I have learned at South about electrical engineering, and is really a prelude to my dream job,” said Mullins, a senior from Pensacola. “It has opened doors and job opportunities with NASA as well as other aerospace and satellite companies, allowing me to meet people in the aerospace and satellite industry who are doing the type of work I want to do. Not many people get to work on space science projects that will actually fly on a NASA rocket, but the University of South Alabama has given me this rare opportunity that I can be proud of throughout my career.”

Spencer emphasized that this kind of team-based, extended learning pays off for students in many ways.  “A long-term research project like this is different than what you might think of as the typical classroom environment,” said Spencer. “Among other attributes, it encourages participants to arrive at a consensus answer and it fosters the concept of working well with others.  In many ways, this is ‘real world’ training for our engineering students.”

The research rocket, also known as a sounding rocket, was sponsored under the NASA Undergraduate Student Instrument Program. The lead institution for the project is West Virginia University.  Spencer’s research is funded by a grant from the National Science Foundation's Faculty Early Career Development program.

This project is not the end of the research work for South students. Spencer’s next assignment is for a student team to build a miniature space research satellite known as a CubeSat, “as a natural progression from where we are now.” 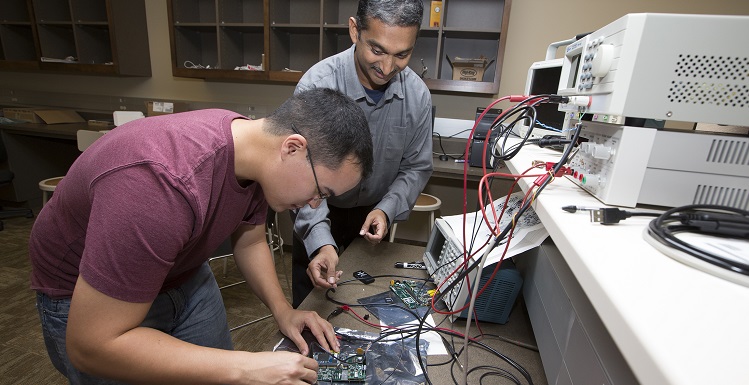