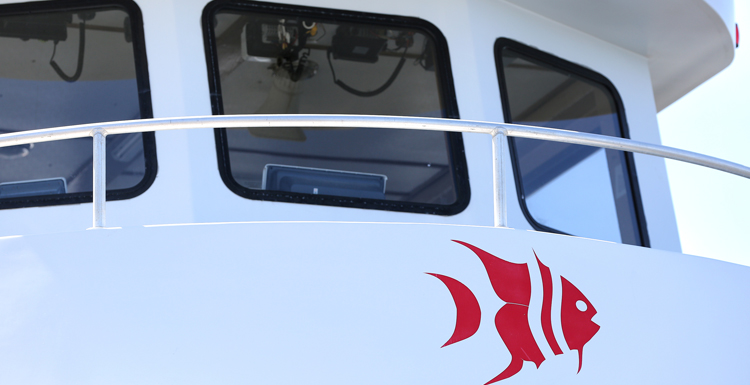 A recent economic impact analysis conducted by the University of South Alabama Center for Real Estate and Economic Development determined that DISL generates an overall annual economic impact of $56 million for the state of Alabama, and $54 million to the lower Alabama region.

The Dauphin Island Sea Lab (DISL) is a nationally recognized marine science research and education center. In a year’s time, the DISL reaches close to 17,000 students from around the United States through its world-class undergraduate and graduate education and research programs and K-12 STEM programs for students and educators. The DISL’s public aquarium brings another 85,000 visitors to Dauphin Island each year. The BayMobile, DISL’s traveling classroom, brings the ocean to another 12,000 students.

These educational programs enhance the understanding of the Alabama watershed, its impact on marine resources, and our role in protecting its resources. These programs utilize data collected by the world-class research performed by the DISL scientists and students.

“I was just constantly amazed at what an incredible place it really is, and how much of what they do impacts folks of all ages from so many walks of life,” said Dr. Reid Cummings, director of the group who conducted the study.

The economic impact has three different components: Direct impact which are revenues earned by DISL in the form of admissions, tuition and grants; indirect impact which occurs when it pays for goods and services; and induced impact when DISL employees spend their paychecks on things they need, such as food, clothing and housing. As monies flow through the economy, they produce a multiplier effect. This analysis was able to capture the essence of all of the DISL economic activity spurred by the original receipts.

“Our focus is on educating our citizens about how extraordinarily valuable the Gulf of Mexico is to the state of Alabama,” Executive Director Dr. John Valentine explained. “We bring together scientists, educators, and interested members of the community to study, and learn, about how our coastal environment is changing and affecting the ocean resources upon which we rely. Clearly, a clean environment and a clean Gulf of Mexico is beneficial to our quality of life and our economic sustainability.”

The DISL’s mission is to be a center for transformative oceanic and coastal research and education, and Cummings believes that mission is also connected to economies. Created in 1971 by the Alabama Legislature, the DISL serves as the administrative home of Alabama’s Marine Environmental Sciences Consortium, comprised of 23 of Alabama’s public and private colleges and universities focused on marine and environmental science research and education. The University of South Alabama is part of the consortium.

“Because of the importance of the sea to the world, both as a food resource and means of commerce and trade, I really think it is critical that the Sea Lab continues their research efforts as they work to find new ways of overcoming so many of the challenges we face today,” he said.