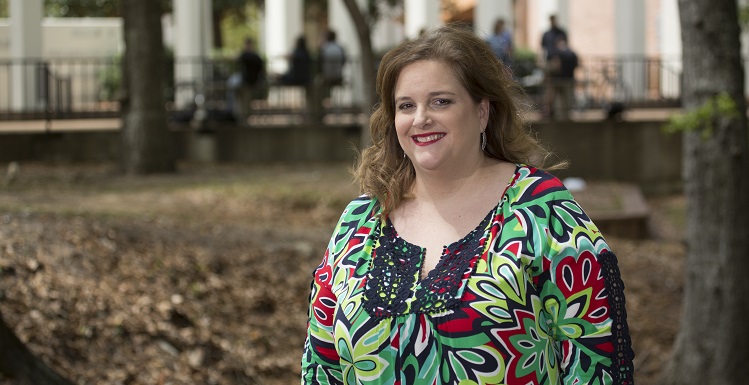 Kristy Britt, senior instructor in the department of modern and classical languages and literature, has been elected to the board of directors of the Alabama World Languages Association.

University of South Alabama senior instructor in the department of modern and classical languages and literature, Kristy Britt, recently was elected to the board of directors of the Alabama World Languages Association.

Britt, who is serving a two-year term as AWLA vice president, will be become the president in 2019.

“The AWLA has always been an important part of my career, so I am very honored to have been elected as its vice president. During the first two years of my term, I plan to work closely with President Malinda O’Leary of the University of Alabama at Birmingham before I assume the presidency myself. I am proud to represent USA while leading AWLA in its mission to motivate educators to contribute to being an advocate for improved world language education in Alabama,” Britt said.

AWLA has about 350 members, most of whom are foreign/second language teachers at all instructional levels (pre-K through higher education).

She was 2015 Teacher of the Year (post-secondary) for the Alabama Association of Foreign Language Teachers.