Sullivan Chosen as VP for Development and Alumni Relations 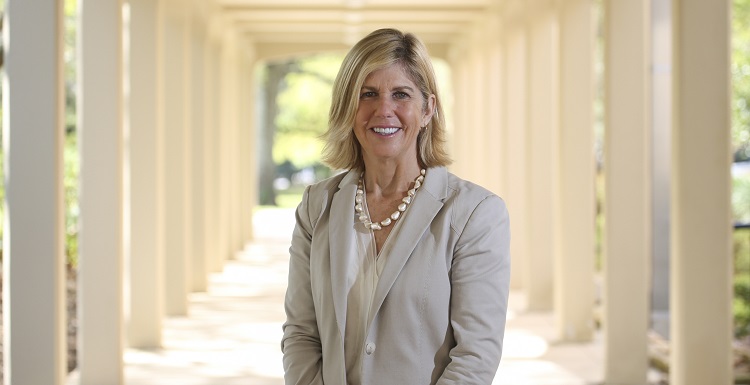 Margaret Murray Sullivan, chosen as South's Vice President for Development and Alumni Relations, has served in numerous leadership positions with the University. She was instrumental in the conception of a cancer institute at USA and spearheaded the Mitchell Cancer Institute feasibility study in 2000.

"I care deeply about the University. We have a tremendous impact on education, economic development, research, innovation and health care in our region and beyond. Over 40 percent of our students are first generation college students," Sullivan said. "After serving on an interim basis, I knew our team could enhance the impact of the University. With a background in health care, I was humbled to be asked to serve in this capacity. "

She steps into her new role at the University in the midst of the most ambitious fundraising campaign in its history, the $150 million Upward & Onward campaign. Upward & Onward will elevate and accelerate every aspect of the University of South Alabama — education, research, service, science, health care, economic development, athletics, and the arts and humanities.

"We have an opportunity to advance the incredible stories of how our University transforms lives," Sullivan said. "We are nearly two-thirds of the way to achieving the campaign goal with three years to go. It is exciting to be part of a team that helps South achieve this campaign goal."

"Margaret’s service to the University has helped chart the course of the institution," Dr. Tony Waldrop, University president, said. "In addition to being able to build collaborative teams and effectively engage with prospective donors, Margaret will bring continuity to the role while we are in a critical stage of our Upward & Onward comprehensive fundraising campaign."

Sullivan has served in numerous leadership positions with the University. She was instrumental in the conception of a cancer institute at USA, spearheaded the MCI feasibility study in 2000, served as project manager for the building of the MCI, recruited faculty, and started MCI’s outreach programs.

In 2012, she was appointed deputy director for business development and outreach. Her most recent role set the strategic direction for MCI's cancer control and population health programs.

Sullivan received her undergraduate degree from Stanford University in human biology with a concentration in health care management, and a master of science degree in health policy and management from Harvard. Prior to joining MCI, Sullivan worked in various areas of the USA Health system, served on the board of the former USA Health Services Foundation, and for several years worked as a consultant for FLR Health Resources, a health care consulting firm based in Atlanta.

She has served in numerous capacities for the University of South Alabama, including strategic planning for the USA Health system.

“Joe Busta left a remarkable team. Together, they raised over $ 93.8 million in the last three years. It is an honor to continue the legacy Busta and his team began,” Sullivan said.