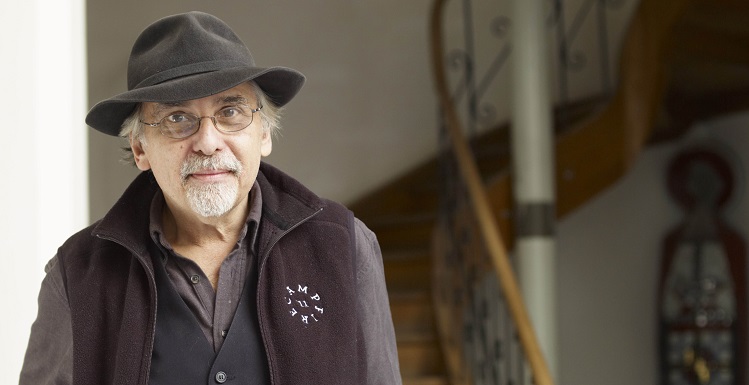 The author of “The Complete Maus,” Art Spiegelman, is a contributing editor and artist for The New Yorker and co-founder/editor of Raw, an acclaimed magazine of avant-garde comics and graphics. Photo courtesy of Enno Kapitza - Agentur Focus.

The University of South Alabama’s Common Read/Common World committee of faculty, students and staff has selected the Pulitzer Prize-winning “The Complete Maus” as the 2016-2017 common reading book for the University.

The author of “The Complete Maus,” Art Spiegelman is a contributing editor and artist for The New Yorker and co-founder/editor of Raw, an acclaimed magazine of avant-garde comics and graphics. His drawings and prints have been exhibited in museums and galleries in the United States and abroad.

“’The Complete Maus’” offers an incredible opportunity to partner with various community organizations to extend our connection of the program in Mobile,” noted Krista Harrell, committee member and former co-chair. “The renowned work also poses amazing curricular and co-curricular linkages that are interdisciplinary in nature. It continues our efforts to focus on civil rights and social justice."

According to the Wall Street Journal, “The Complete Maus” is acclaimed as ”the most affecting and successful narrative which has ever been done about the Holocaust.” The New Yorker calls it  “the first masterpiece in comic book history.”

“Maus” is a haunting tale-within-a-tale that features a harrowing story of survival, which is woven into the author’s account of his tortured relationship with his aging father.

Against the backdrop of guilt brought by survival, they stage a normal life of small arguments and unhappy visits. This astonishing re-telling of our world’s grisliest event is a story of survival, not only of Spiegelman’s father but of the children who survive the survivors.

Dr. Susan McCready, co-chair of the committee, is pleased this book has been selected.

“'Maus’ is a hybrid genre; part autobiography, part Holocaust narrative, part family memoir, all told in graphic novel format. The core of the book is the survival story of Spiegelman’s father, Vladek, a Polish Jew who had been deported to Auschwitz,” McCready explained. “But the story is framed by the author/artist’s attempts to learn about his parent’s Holocaust experience, and by his own coming to terms with this trauma and its long-lasting aftermath, including his mother’s suicide in 1968.”  Serialized from 1980-1991, "Maus" became, in 1992, the first graphic novel to win a Pulitzer Prize.

McCready also said “Maus” in 1997 was the first graphic novel she read.

“At that time I wasn’t really aware that comic books were addressing such important material or that they could do so with such nuance and complexity,” she said. “I think this selection is going to open a lot of minds, and I'm thrilled to have the chance to share it with students and the community.”

James Contratto also is serving as co-chair of the committee.

Common Read/Common World is a University-wide partnership between Academic Affairs and Student Affairs.