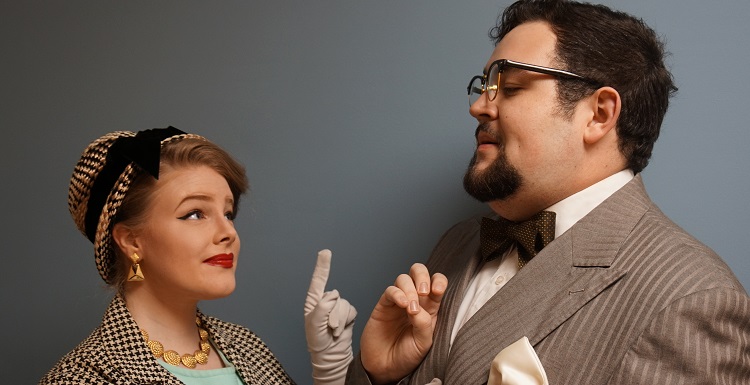 Rachel Chandebise, portrayed by Sadie Bell Freeman, greets husband Victor, portrayed by Kip Hayes, during rehearsals for 'A Flea in Her Ear.'

Theatre USA will present the classic farce, “A Flea in Her Ear,” for its final production of the 2016-2017 season.

The play follows the story of the Chandebises and their misadventures when they mistake each other’s actions. The result is an exaggerated, extravagant and slightly improbable comic romp with a group of aristocrats and servants through physical hijinks, chaos and mistaken identities.

All performances will take place on the main stage of the Laidlaw Performing Arts Center, located at 5751 USA South Dr. on the USA campus.