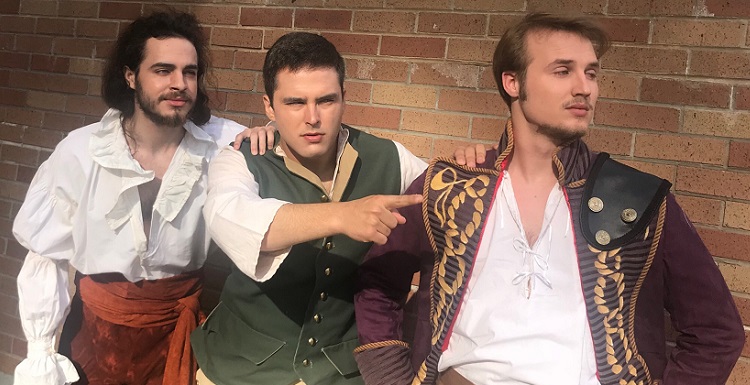 “Pericles,” one of Shakespeare’s final plays, will close the 2017-2018 season of Theatre USA at the University of South Alabama with its premiere performance on Friday, April 13 at 7:30 p.m.

The contemporary comedy follows the title character as he sets out to woo a princess only to be pursued by an evil king across the seas. As with all of Shakespeare’s final “romances,” this stunning work deals with loss, miracles and redemption.

John Nara, assistant professor of theatre and dance, will direct.

For information on the production, or for ticket sales, contact the USA Theatre and Dance office at (251) 460-6305, or visit the box office, located in the lobby of the Laidlaw Performing Arts Center. The box office is open Monday through Friday, 9 a.m.-4:30 p.m., and one hour before each performance.