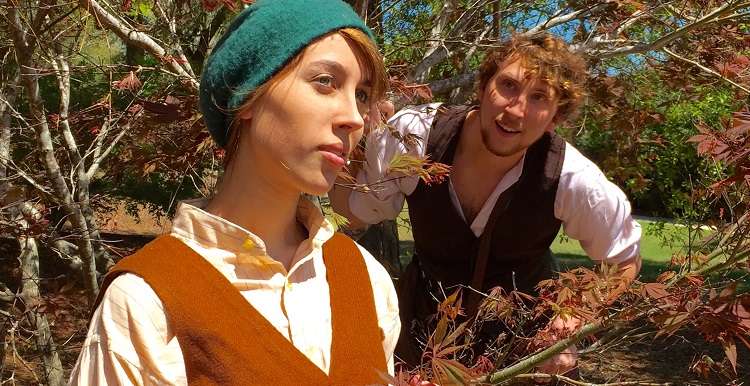 Seniors Brianna Bond and Zachary Fitzgibbons will star in "As You Like It," Shakespeare's final and most mature comedy, during a one-week run that premieres at 7:30 p.m. on Friday, April 15, in the Laidlaw Performing Arts Center on the USA campus.

“As You Like It,” widely considered to be Shakespeare’s final and most mature comedy, tells the story of Rosalind, daughter to a banished duke, and her adventures in the Forest of Arden, where she runs in an attempt to find her father. Full of love, laughs and intrigue, the play presents Shakespeare at his best. It is appropriate for all audiences.

The cast will feature seniors Brianna Bond as Rosalind and Zachary Fitzgibbons as Orlando.

For additional information on the production, or for tickets, contact the USA Theatre & Dance office at (251) 460-6305, or visit the box office, inside the lobby of the Laidlaw Performing Arts Center. The box office is open 9 a.m. until 4:30 p.m., Monday-Friday and one hour before each performance.