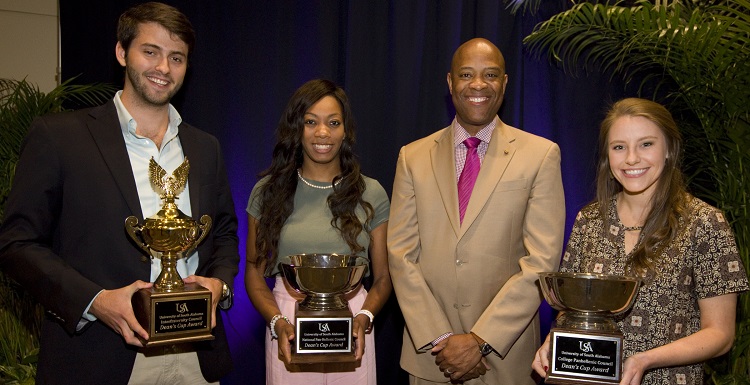 The Office of Greek Life at the University of South Alabama honored sorority and fraternity members for outstanding service, leadership and academic achievement at the recent 2017-2018 Greek Awards Banquet. These organizations raised more than $109,000 for philanthropy this year, and dedicated nearly 30,000 hours toward service projects.

The awards ceremony recognized the fraternities and sororities who are members of the Interfraternity (IFC), College Panhellenic (CPC) and National Pan-Hellenic (NPHC) councils.