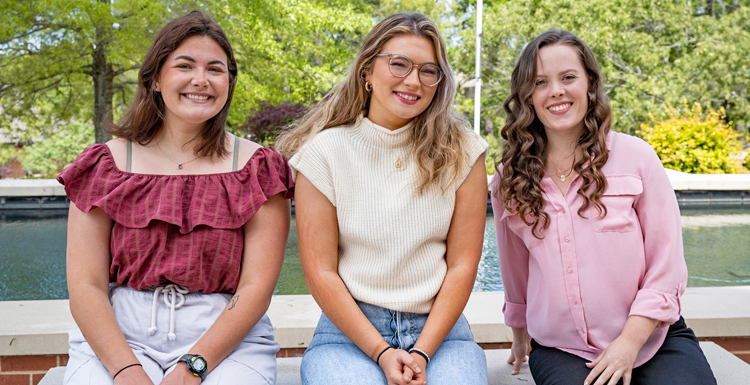 The Vanguard and Due South, the University of South Alabama’s student-run publications, won multiple journalism awards in this spring’s “Best of the South” competition hosted by the Southeastern Journalism Conference. The 34th annual contest recognized student media among 30 colleges and universities in the region, with 348 entries.

Gracie King, a rising senior in the Department of Communication and features editor for the Vanguard, won third place in the Best Feature Writer category for both the newspaper and Due South magazine, with a long-form story on Africatown, a profile of artist Monica Beasley, and an installment in her series, “People of South.”

Breahnna Crosslin, a 2021 communication graduate, won fifth place in the Best Photographer category. This is the second year in a row Crosslin’s work for Due South was honored by the conference.

The Vanguard, the University’s student newspaper, placed eighth in the Best Website category, a first for the weekly publication. Zimlich, a graduating senior who is interning with Mobile Bay magazine and WKRG News 5, said the awards live-streamed on March 25 from Lipscomb University in Memphis were an honor.

“Leading the student newspaper and telling the stories of South has been one of the most special experiences during my time in college,” Zimlich said.

JagMedia, which oversees the Vanguard, Due South, JagTV and The Prowl radio station, is open to all majors and provides students with hands-on media experience and work samples to build professional portfolios. For information on paid positions as well as freelance opportunities for the 2022-23 school year, visit jagmedia.org