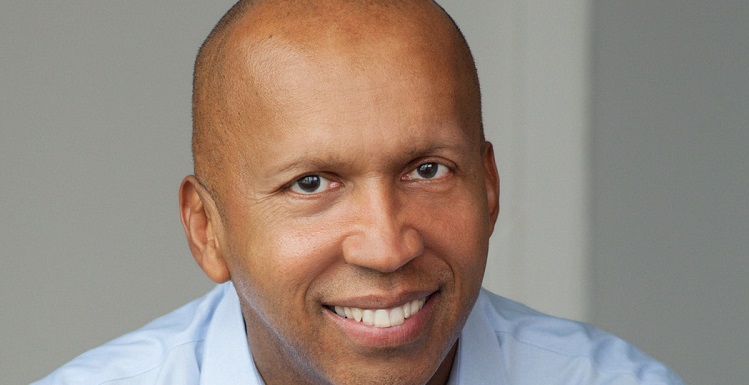 Bryan Stevenson, co-founder of the Equal Justice Initiative, is the author of "Just Mercy," the University of South Alabama’s Common Read/Common World book selection for 2018-2019.

“Just Mercy,” the memoir of an impoverished black child who became a Harvard Law School graduate, then devoted his life to freeing wrongly imprisoned poor people in the South, is the University of South Alabama’s Common Read/Common World book selection for 2018-2019.

The book is authored by Bryan Stevenson, co-founder of the Equal Justice Initiative, who most recently has received national and international attention for his and his agency's role in developing the National Memorial for Peace and Justice and the Legacy Museum in Montgomery. The memorial is the first in the country to name and honor victims of lynching, slavery, Jim Crow segregation and mass incarceration.

The voluntary Common Read program for all University students, especially freshmen, aims to improve understanding of differences and commonalities across the world while engaging in academic discourse and critical thinking. Throughout the year, students and faculty will interact with the book in a variety of academic settings.

“Just Mercy is exceptionally brilliant and intensely moving. The stories accounted serve as a call to action to examine the criminal justice system from the side of humanity, justice, and mercy,” said Dr. Krista Harrell, co-chair of the program and associate dean of students.

Stevenson is the great-grandson of slaves, and his grandfather was murdered in a Philadelphia housing project when he was a teenager. The backbone of his narrative revolves around Walter McMillian, whom Stevenson began representing in the late 1980s when he was on death row for killing a young white woman in Monroeville, Ala., the hometown of Harper Lee, author of “To Kill a Mockingbird.” The ironic connection between Lee’s novel about a white man defending a wrongly accused black man during the 1960s and Stevenson’s real-life representation decades later of a wrongly accused black man in Monroeville highlights embedded injustice in the South.

Ultimately, “Just Mercy,” is an unforgettable account of an idealistic and gifted young lawyer’s coming of age, a moving window into the lives of those he has defended, and an inspiring argument for compassion in the pursuit of justice.

The Common Read/Common World Committee selected the book for the following reasons:

Stevenson, a recipient of the MacArthur “genius” grant and Sweden’s Olof Palme prize as well as numerous other awards and distinctions for his work, oversees the Equal Justice Initiative from its headquarters in Montgomery.