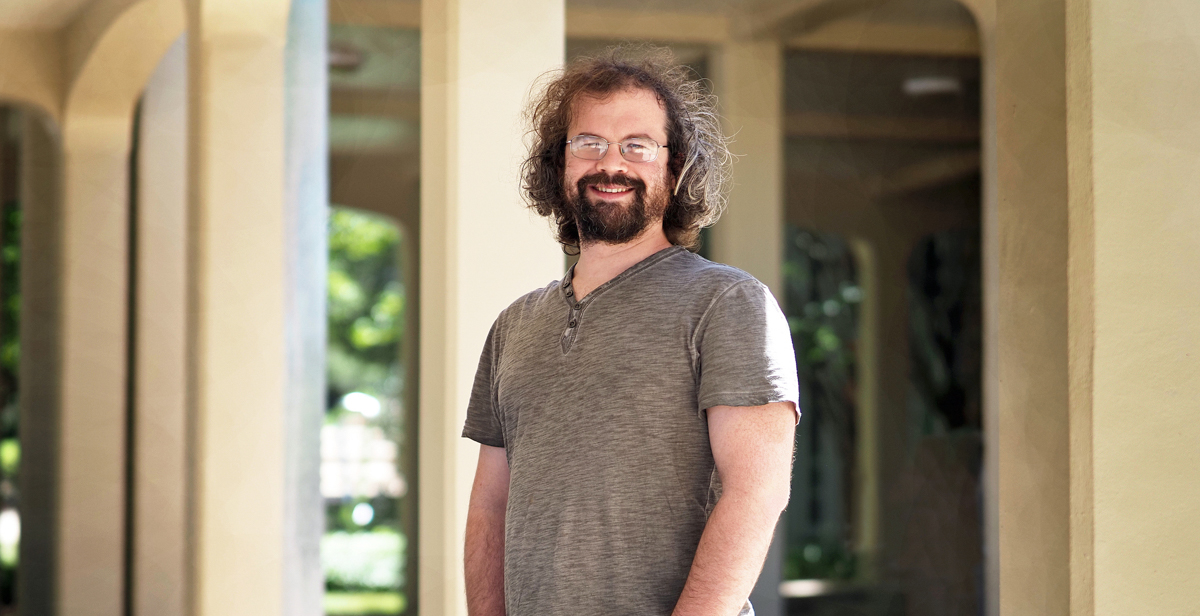 Dr. Michael DiPasquale, an assistant professor of mathematics and statistics at South, has a received a $197,000 grant from the National Science Foundation.

Dr. Michael DiPasquale, an assistant professor of mathematics and statistics at South, has a received a $197,000 grant from the National Science Foundation to support his research in computational commutative algebra and algebraic geometry.

This is the first time DiPasquale has received a grant of this size, which includes funding for a graduate student.

“They’re tough to get, so I feel very fortunate and humbled that it went through,” he said. “I had expected to apply many more times.”

DiPasquale, 34, joined the faculty at the University of South Alabama in August of 2021. He earned his doctorate in mathematics from the University of Illinois and collaborates with colleagues at Texas A&M, Colorado State and Swansea University in the United Kingdom.

His research is computational in nature and includes development of code in symbolic and numerical software. He uses rigidity theory, which has its origins in structural engineering, to examine multivariate polynomials in a wide range of applications such as mechanical engineering, robotics and computer-aided design.

“Splines, or piecewise polynomials, are used a lot in animation and automotive design,” he said. “The mathematics of animating things is quite complex.”

His NSF grant is funded by the Algebra and Number Theory program and the Established Program to Stimulate Competitive Research.