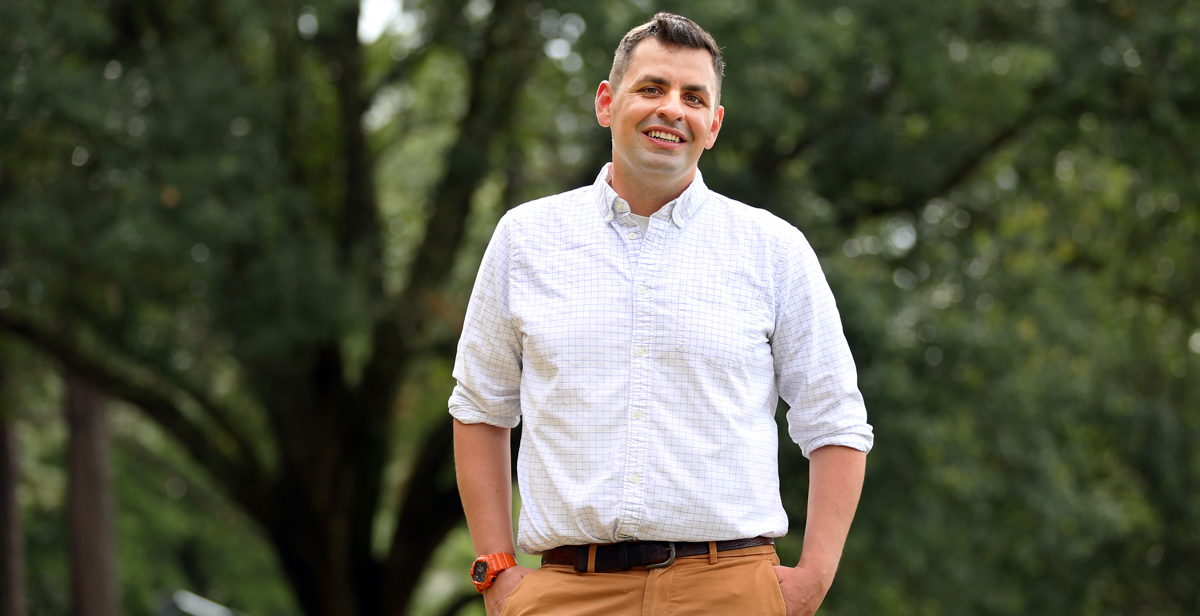 Dr. Jeremiah Henning, an assistant professor of biology, contributed to a paper published this week that studied the representation of women and people of color in biology textbooks.

Biology textbooks in America are doing a better job representing women and scientists of color, a University of South Alabama professor reports in a new study, but they still do not appropriately reflect the diversity of students who read them.

Dr. Jeremiah Henning, an assistant professor of biology, joined colleagues from Auburn and Michigan State in writing a paper published this week in the Proceedings of the Royal Society of Biological Sciences.

Research in STEM fields — science, technology, engineering and mathematics — has shown that exposing students to role models from diverse backgrounds has a positive impact on interest, achievement and retention. More women biologists have been featured in recent textbook citations, but the study showed that black, Asian and Hispanic women remain underrepresented.

“As more women came into science in the 1970s and onward, the achievements of women scientist were more represented in textbooks,” Henning said. “When we looked at race, the textbooks lagged behind, especially with black women scientists and Latina women scientists.

“We want to show our students that anyone can be a scientist, and textbooks can provide front-line support for the diversification of STEM.”

Current events have drawn attention to the research of Henning and Dr. Cissy Ballen at Auburn. The British biology journal is promoting their paper during a summer of Black Lives Matter protests and changing attitudes over race and injustice.

“It’s a great time for this study to be coming out,” Henning said. “There’s a shifting narrative right now.”

Henning, 36, joined the South faculty last fall. Most of his biology research focuses on ecosystems and plant communities. He also studies education and diversity in science and academia.

“It’s a natural segue,” he said. “I’ve always been super-interested in teaching and how diversity improves the functioning of systems, whether in natural communities or in our classrooms.”

He and Ballen began working together as post-doctoral researchers at the University of Minnesota. They continued to collaborate after their careers led them to the state of Alabama.

For the textbook study, which began 18 months ago, the researchers focused on seven of the most popular titles for introductory biology classes. Scientists featured in these books often serve as role models for college students.

The authors recommended that educators use resources such as Scientist Spotlights and Project Biodiversify to demonstrate science is a diverse discipline.