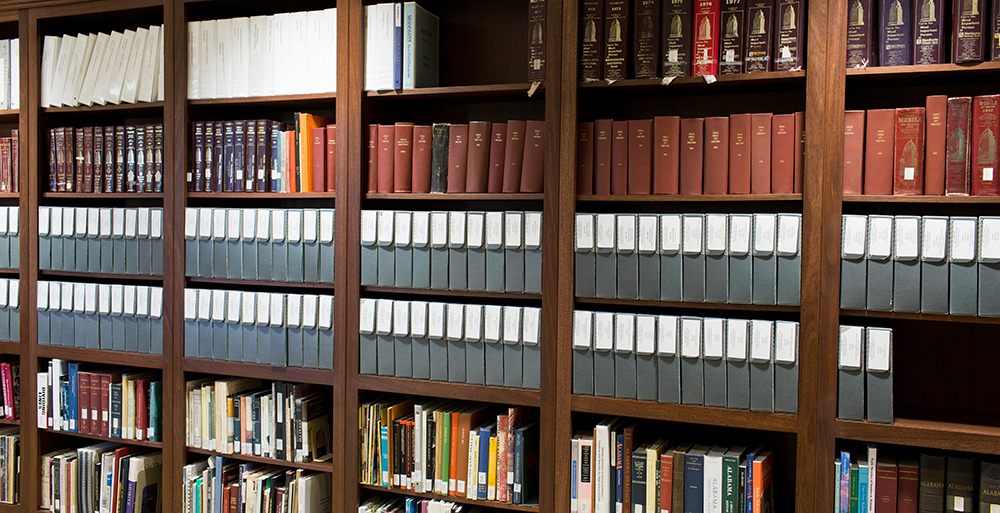 If you’ve seen all the reruns of “History’s Mysteries” and binge-watched the latest season of “Mysteries at the Museum,” there’s a section of the University of South Alabama’s Marx Library you might want to visit.

The Government Documents Collection, located on the library’s second floor, is part of the U.S. Government Publishing Office’s Federal Depository Library Program. It’s one of 22 federal depository libraries in Alabama that make published government information available — in both tangible and electronic formats — for public inspection and research.

Or, to put it in simpler terms, the archives hold a world of interest for people who love unusual bits and pieces of history beyond the daily, and sometimes mundane, happenings of federal, state and local government. Some of the information is on the internet, but much of it isn’t. A good portion of the collection is regulatory stuff, but some of the quirky curiosities can rival anything you’ll see on The History Channel.

Librarians Vicki Tate and Paula Webb have prepared a list of some of the tidbits you can peruse in the archives. “We find interesting things all the time and try to add them to the list,” Tate said. Here are a few of their examples:

Vicki Tate, senior librarian and depository coordinator of the government documents section, has supervised the collection since 1995. In 2007, she received the USA Marx Library’s “Excellence in Librarianship Award.” She has published numerous papers and articles, and made many visual presentations on issues relating to government documents. She is a member of the American Library Association and the Alabama Library Association, serving on many committees in both groups. She can be reached at vtate@southalabama.edu or (251) 460-7024.

Paula Webb, the government documents reference and outreach librarian, came to USA in 2007. She is a member of the Southeastern Library Association and Alabama Library Association. Webb received 2011 Mover and Shaker Award and the 2012 ALLA CUS Research Award. She has published numerous papers, articles and presentations. Her research interests include library science, government information and local history. Reach her at pwebb@southalabama.edu or (251) 460-7021.