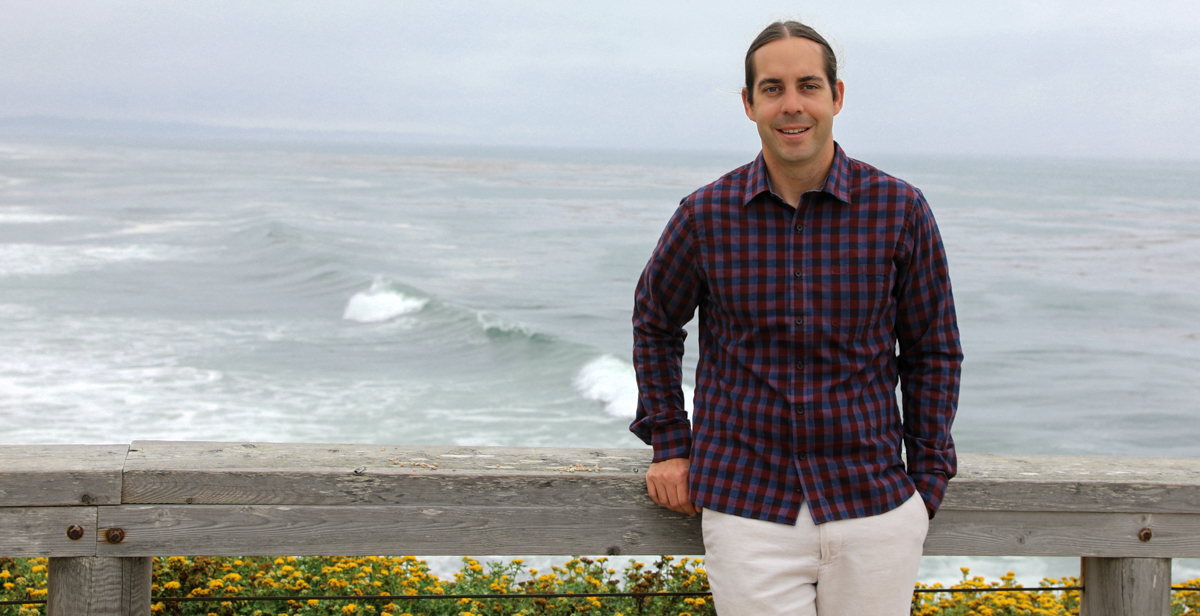 Thomas “Reid” Nelson credits South’s Ph.D. program in marine sciences with having the resources and range of expertise in faculty to support his research interests and education. He works in a National Marine Fisheries Service lab with other scientists from the University of California Santa Cruz.

Like the salmon he studies in California’s Central Valley, Thomas “Reid” Nelson can migrate between fresh and saltwater.

Nelson grew up among the rivers and lakes in North Carolina’s Piedmont region, but was less than a five-hour drive to the salty shores of the Outer Banks. He earned a master’s degree from Auburn University, where he focused on estuarine fishes.

At the University of South Alabama, his doctoral research explored the relationship between salinity levels and different populations of red drum. By the time graduates walked across the stage at Spring Commencement, Nelson already had taken his job at the University of California Santa Cruz.

There, in a National Marine Fisheries Service lab on the Pacific Coast, Nelson and a team of UC Santa Cruz scientists are studying ways to boost the dismal survival rates of Chinook salmon.

“Growing up I always enjoyed being outdoors and being around the water,” Nelson said. “I was enthralled with our aquatic resources and spending time on the water. I thought if I could give back to something I enjoy in a way to protect these resources for future generations – sustainable fisheries and clean water – if I have a career to meet those goals, I thought that would be a good thing.”

Most days, Nelson rides his bike to the office, where he’s focused on the plight of salmon in the Sacramento–San Joaquin River Delta. Salmon are born in the Delta before migrating downriver as smolt to spend their late juvenile and adult life in the ocean saltwater. When it’s time to reproduce, the salmon go back up river, produce their eggs and die.

The problem is most of those salmon never finish the first leg of their journey. A five-year look at juvenile Chinook salmon in the Delta estimated downriver survival at five percent at best, according to a study published in the North American Journal of Fisheries Management.

There are environmental causes, including rising water temperatures, low water levels and dam construction. But research suggests predation by invasive species, mainly striped and largemouth bass introduced for recreational fishing, also take a toll on the salmon population. That’s where Nelson and his team are trying to make an impact.

One area of interest is contact points where migrating salmon intersect with other fish. For example, the team is examining the effect of artificial lighting. “If a light is causing out-migrating salmon to stop at the same spot other fish are gathered, that might be causing increased predation and lower salmon survival,” Nelson said.

He credits South’s Ph.D. program in marine sciences with having the resources and range of expertise in faculty to support his research interests and education. He was also allowed freedom in how he approached his work.

“I think that’s really important (now that I’m) here, “Nelson said, “to be able to come in and work in the field, and I have this giant data set I’m trying to go through. I feel really confident, and that’s because of my time at South.”

Santa Cruz, on the northern edge of Monterey Bay just south of San Francisco, is an ideal location for Nelson’s interests. In addition to biking to work, Nelson enjoys surfing in the Pacific Ocean and camping in the mountains that rise above California’s coast. His home doesn’t have air conditioning, “but you don’t need it. Moving from Alabama, it’s like, ‘Wow, what’s going on?’”

Professionally, Nelson said, it’s gratifying to be able to work on research with applications that could shape the future of fisheries in the Central Valley and beyond.

“It’s a new exciting opportunity to work on an issue where hopefully what we find can be directly incorporated into different management strategies to increase salmon survival.”