Judge Bill Lewis Appointed to USA Board of Trustees 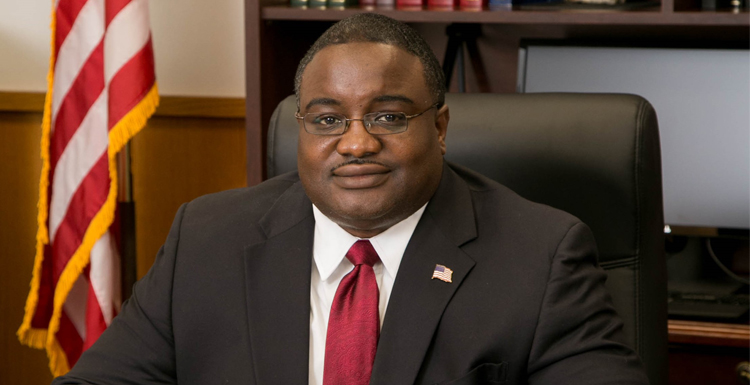 Judge Bill Lewis has been appointed to the University of South Alabama Board of Trustees by Gov. Kay Ivey. Lewis is currently the presiding judge for the 19th Judicial Circuit, serving Autauga, Elmore and Chilton counties. He will serve the remainder of the unexpired term for the state-at-large position previously held by Judge Ken Simon.

Alabama Gov. Kay Ivey has appointed the Honorable Bill Lewis to the University of South Alabama Board of Trustees, effective immediately. He will serve the remainder of the unexpired term for the state-at-large position held previously by Judge Ken Simon.

“I am honored to be selected as a member of the Board of Trustees for the University of South Alabama,” Lewis said. “I would like to express my appreciation for Governor Ivey and the assurance she has placed in me. I am humbled by the kindness of the current Board and University family who have been gracious in assisting me in preparation for the position. I look forward to giving my best efforts to the University, students and alumni as we at South continue to create a larger footprint as a premier university in the Southeast and the nation”

Lewis joins a University of South Alabama board that recently elected new leadership, including Arlene Mitchell, who becomes the first woman to serve as a chair pro tempore in the University’s nearly 60-year history. Alexis Atkins was named vice chair, and Lenus Perkins was selected as secretary.

Prior to becoming circuit judge in October of 2016, Lewis was the senior partner of the Lewis Law Firm, a firm he started in 2006. Lewis served as Assistant District Attorney for the 19th Judicial Circuit before going into private practice. He is one of the few judges in Alabama who has served both as a prosecutor and a defense attorney in criminal cases. Lewis also practiced civil and family law.

Lewis serves on the Board of Directors of the Alabama Circuit Judges Association and has served as president of the Elmore County Bar Association, a member of the Federal Criminal Justice Act Panel and on the boards of directors for the River Region United Way, the Elmore County Community Foundation and the Wetumpka Chamber of Commerce. He is a graduate of Leadership Elmore County.

Lewis is a resident of Wetumpka, Alabama. He received his undergraduate degrees in political science and economics from The University of the South and his law degree from the Cumberland School of Law. He was licensed to practice in the state and federal courts in Alabama and Tennessee and has also practiced law in Florida.

The unexpired term Lewis was appointed to ends Sept. 30, 2025. The University of South Alabama Board of Trustees will hold its next meeting on Sept. 22, 2022.