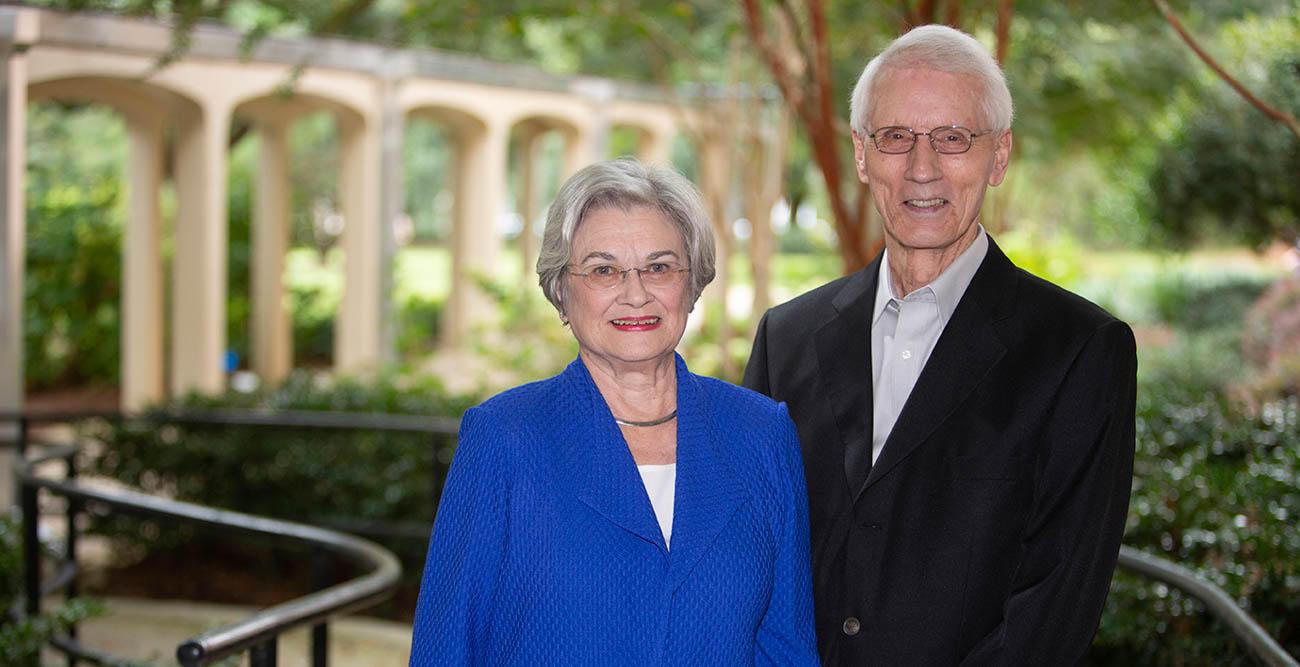 The gift from Melinda and Louis Mapp will establish an endowment that will enable Children’s & Women’s NICU staff to identify and offset unforeseen needs within the unit. "We wanted (the endowment) to be large enough that it would produce enough income so the caregivers, when they recognize a need during the year that might not be in the budget, they would have funds available,” Louis Mapp said.

The Mapp’s gift will establish an endowment that will enable Children’s & Women’s NICU staff to identify and offset unforeseen needs within the unit. “We wanted (the endowment) to be large enough that it would produce enough income so the caregivers, when they recognize a need during the year that might not be in the budget, they would have funds available,” Louis Mapp said.

The Children’s & Women’s NICU is the area’s only Level III unit, offering the most advanced care for premature and critically ill newborns and it has the area’s only neonatal transport team. They admit approximately 900 babies annually; more than 20 percent of the babies transported to Children’s & Women’s come from referring hospitals in the region.

In early 2017, Louis Mapp began volunteering for Children’s & Women’s in the NICU, where he spends time each week rocking babies. This experience began the trajectory for the couple’s most recent gift. “These babies are so precious; it’s hard to put into words,” Mapp said. “We decided we wanted to do something that, after we’re gone, would carry on, and that’s why we established the endowment for the NICU.”

Delivered at just 22 weeks and weighing only 13.9 ounces, Molli and Robert Potter’s son, Cullen, was Mapp’s most recent baby to care for in the NICU. “We live over an hour and a half away,” Molli Potter said. “We definitely appreciate that Mr. Mapp was able to be here and hold him and cuddle with him and that he has someone here to give him that one on one when we can’t.”

Renee Rogers, NICU nurse manager at Children’s & Women’s, said human touch and bonding is critical for babies in the NICU to thrive, and parents are not always able to stay with their infants during hospitalization. “I’ve found Mr. Mapp to not only be a true gem, but also the time that he has volunteered is so important and means so much to our families and staff,” Rogers said.

Longtime volunteers, friends and supporters of USA Health, the Mapps donated funds in 2012 to establish the Mapp Child and Family Life Program at Children’s & Women’s. This program ensures that children and teens are able to have their educational needs met while hospitalized. Additionally, they assisted in funding the Collins Carr NICU Garden, funded a transport Isolette (an incubator for premature babies) and the Bridge Program for families facing high-risk pregnancies.

Owen Bailey, CEO of USA Health, emphasized that partnerships with families like the Mapps are vital to the achievements at Children’s & Women’s, which has one of the largest and most successful neonatal intensive care units in the country. “Success like this doesn’t just happen,” Bailey said. “It takes a lot of commitments, a lot of dedicated people, and it takes a lot of support of both money and time. We greatly appreciate our partnership with Melinda and Louis Mapp.”

Louis Mapp witnesses the impact that Children’s & Women’s makes on families every day. “A lot of people don’t realize what a wonderful facility this is, what they do here, how many lives are affected and how many lives they save,” Mapp said. “It’s an honor for us to share our blessings, and we can’t think of a better place to do it than here at the NICU unit of Children’s & Women’s Hospital.”