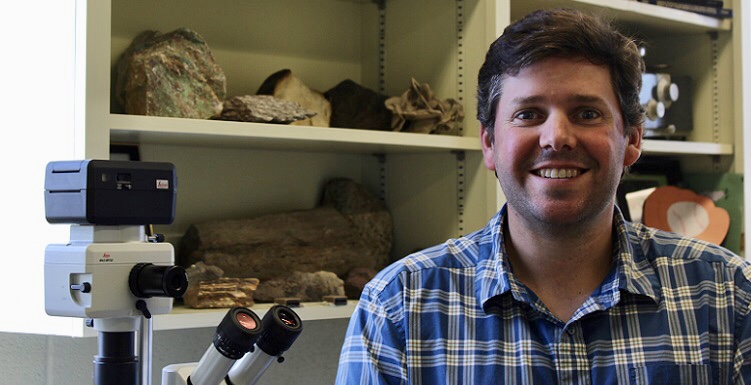 Dr. William T. Jackson Jr., assistant professor of geology, will receive the 2018 Stephen E. Laubach Structural Diagenesis Research Award from the Geological Society of America at its annual meeting next month in Indianapolis.

The award, presented annually to an individual, highlights the growing need to break down disciplinary boundaries between structural geology and sedimentary petrology, exemplified by the work of Dr. Stephen Laubach and colleagues.

As part of the award, Jackson will receive $2,500 to support his research, which focuses on using sedimentary rocks and geochronology to understand the timing, duration and style of mountain building episodes throughout the world. Currently, he has active research projects in the Tibetan Plateau, the Rocky Mountains and the Appalachian Mountains.

“I am extremely fortunate to be able to pursue, on a daily basis, fundamental questions about how mountain belts evolve,” Jackson said. “This work also provides the opportunity to travel to some of the most scenic places on Earth.”