Roadkill: It's What's for Dinner 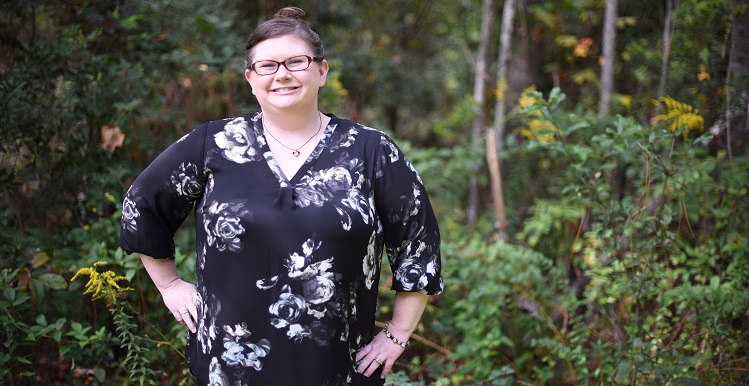 Stephanie Jett, visiting assistant professor of psychology, said vultures, maggots and other scavengers may not look pretty, but they're a sign of a healthy ecosystem.

Most people think about scavengers, such as vultures, and they picture dirty, nasty, loathsome creatures eating rotting flesh. What we don’t often think about is their vital role in the ecosystem. The subject was a recent topic of discussion for a University of South Alabama Science Café, a series that brings conversations in the fields of science and the humanities to the community. Dr. Stephanie Jett, visiting assistant professor of psychology, offers five benefits of scavengers:

1. They are nature’s sanitation workers

Both small scavengers (such as maggots) and large scavengers (e.g. vultures and raccoons) help to remove animal carcasses from the environment. Imagine a world where animal carcasses were simply left spread about and nothing ever moved them. Our roadways and ecosystems would be littered with rotting carcasses. Just from vehicles alone, an estimated one million animals die each year. That’s approximately one animal death every 11.5 seconds! Without scavengers, our air and water would quickly become contaminated. Scavengers act as nature’s sanitation workers, removing the carcasses before they build up, making our ecosystem a much more pleasant place to live.

2. They control the spread of diseases

By removing carcasses, they reduce the spread of some diseases and some parasites to other animals (such as our pets) and humans. It is commonly believed that scavengers contribute to the spread of diseases, but in many cases, the opposite is true. Vultures, for instance, and several other species that frequently act as scavengers, can consume meat infected with diseases such as botulism, anthrax, cholera and salmonella without getting sick due to their strong immune systems and highly concentrated stomach acid. In addition, that strong stomach acid also destroys parasites such as roundworms and intestinal flukes, before they can spread to other animals or humans.

3. They reduce the amount of human food waste

In the U.S. alone, humans throw away approximately 133 billion pounds of food each year! Scavengers help reduce the amounts of food waste entering landfills and dumps all across the country. Due to urban sprawl and the general rise in the human population, the increase in the availability of human-generated food waste has led to a change in the types of animals acting as scavengers. In more urban settings, animals that would typically avoid the areas are being seen scavenging from human food waste. Residents in Mobile’s Spring Hill community recently reported sightings of coyotes in their neighborhoods.

4. They are generally a good sign of a healthy ecosystem

5. They provide insight into the evolution of human behavior and cognition

Scavenging as a way to obtain food has been linked to some unique behavioral and cognitive adaptations. Mainly, scavengers show high levels of behavioral and cognitive flexibility. They are natural-born adapters! They quickly change their behaviors to suit changes to the environment and seem to survive better than species that cannot adapt as quickly. This behavioral flexibility could be linked to improved cognitive flexibility in terms of their problem-solving capabilities or their speed of processing information, for example. Interestingly, there is a solid amount of archaeological evidence that points to human ancestors’ use of scavenging as a primary means of obtaining meat. This new evidence flies in the face of the image we all have of “man, the hunter,” but at the same time gives us reason to consider how humans have evolved into the thinking, planning, acting creatures that we are. If scavenging does seem to provide a cognitive benefit in terms of behavioral flexibility and problem solving, studying species that are behaving as scavengers today could provide insight into the evolutionary history of human behavior and cognition.

Dr. Stephanie Jett is a visiting assistant professor of psychology at South. Her interests include animal ecology, behavior and cognition, specifically focusing on scavengers. In addition, she studies canine cognition and the impact of language and communication on cognitive abilities in both animals and human children. When she's not teaching and helping her students become critical consumers of knowledge, you may find her studying the behavior of vultures at the Environmental Studies Center or at the Humane Society of South Mississippi testing the cognitive skills of dogs.