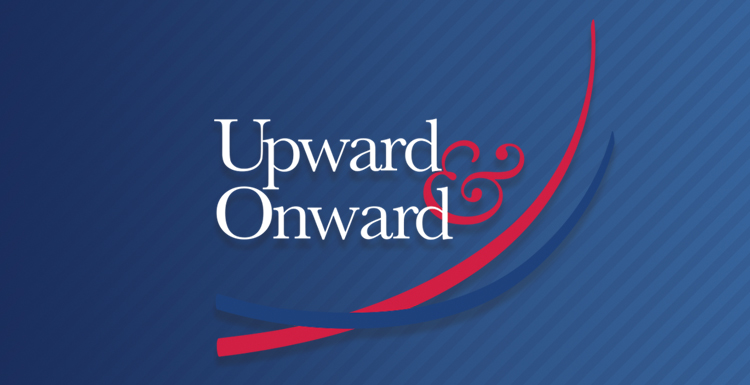 The University of South Alabama today announced that it has raised more than $18 million in the first public year of its “Upward & Onward” fundraising campaign, for a total of more than $93 million raised to date. The ultimate goal is to raise $150 million during the campaign, a multiyear initiative that represents the largest fundraising effort in University history.

“When we launched the public phase of the Upward & Onward campaign exactly one year ago, we promised that this campaign would elevate and accelerate every aspect of USA's mission — education, research, service, health care, economic development, athletics, and the arts and humanities,” said USA President Tony Waldrop. “I’m very pleased that thousands of our friends and donors have responded to the promise of this campaign and joined us in supporting our vision for the future of the University of South Alabama.”

The Upward & Onward campaign, named for a phrase in the lyrics of the USA alma mater, is focused on fundraising for the University’s five strategic priorities — Student Access and Success, Enhancement of Research and Graduate Education, Global Engagement, Excellence in Health Care, and University-Community Engagement.

Dr. and Mrs. Steven H. Stokes are serving as co-chairs of the Upward & Onward campaign. Stokes and his wife, Angelia, are USA alumni. She completed her business degree in 1979, and he received his medical degree in 1980. He is a practicing radiation oncologist in the Dothan area and has served on the University’s Board of Trustees since 1993, including a term as chair pro tempore.

“USA nearly doubled the fundraising total of the previous year in the first 365 days of the public phase of our campaign,” said Steven Stokes. “This indicates that the vision, mission and strategic goals of the University are very much aligned with the priorities of our supporters and the needs of our community.”

The largest gift to the campaign, from businessman and longtime USA supporter Abraham “Abe” Mitchell, is a $25-million challenge gift that led to the creation of the University’s Mitchell-Moulton Scholarship Initiative. Mitchell, the campaign’s honorary chairman, was named an honorary USA Trustee last year in recognition of his service to the University.

About Upward & Onward: A Campaign for the University of South Alabama

Upward & Onward: A Campaign for the University of South Alabama is a $150 million fundraising campaign that will elevate and accelerate every aspect of USA's mission — education, research, service, health care, economic development, athletics, and the arts and humanities. Our aspirations are bold, but they are within our reach. We intend to achieve our broad vision for the future through five focused priorities that form the components of the Upward & Onward campaign: Student Access and Success; Enhancement of Research and Graduate Education; Global Engagement; Excellence in Health Care; and University-Community Engagement.

About the Mitchell-Moulton Scholarship Initiative

At the University of South Alabama’s 50th anniversary celebration, Abraham Mitchell announced the Mitchell-Moulton Scholarship Initiative, a $25 million matching challenge to honor the late USA President Emeritus V. Gordon Moulton. Committed to expanding opportunities for current and future USA students by providing them access to an affordable college education, this campaign allows USA to build on its current base of scholarship support. This initiative marks a pivotal moment in the University’s future, as it seeks to increase the amount of endowed scholarship funds by $50 million.