Toss Out the Polls? Not So Fast 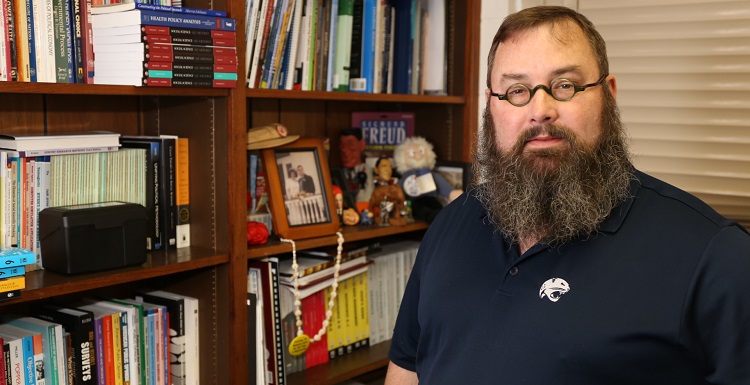 Dr. Thomas Shaw, director of the USA Polling Group/Survey Research Center, said representative sample-based polling remains the most accurate way to obtain information about what large groups of people think, feel and do.

Many Americans who studied political polls for the presidential election were stunned when Donald Trump won. Overall, the polls predicted a win for Hillary Clinton, despite one or two polls, such as the Los Angeles Times and Investor’s Business Daily, that consistently declared Trump several points ahead.

Now, some voters are questioning the validity of all those polls. However, Dr. Thomas Shaw, associate professor of political science at the University of South Alabama and director of the USA Polling Group/Survey Research Center, an academic survey research center, predicts political polls will continue to be a relevant part of politics for the following reasons:

They may not always be 100 percent correct, but representative sample-based polling remains the most accurate way to obtain information about what large groups of people think, feel and do.

No other methodology can produce the same type of information at a similar level of cost. Sample-based polling, while expensive, is far cheaper than the alternative of conducting a census.

Each method of polling, such as face-to-face, telephone and Internet, has a range of benefits, limitations and costs. As we move forward, improvements will be made in each of these methodologies and new methodologies will likely be uncovered.

Shaw earned his undergraduate and master’s degrees at the University of Southern Mississippi. He received his doctorate at the University of New Orleans. His research and teaching interests include research methods, public policy and health policy, and health administration. He is also considered an expert in the areas of public policy analysis and evaluation as well as strategic planning. To learn more about the USA Polling Group/Survey Research Center, visit its website.