USA Board of Trustees Selects Jo Bonner as University President 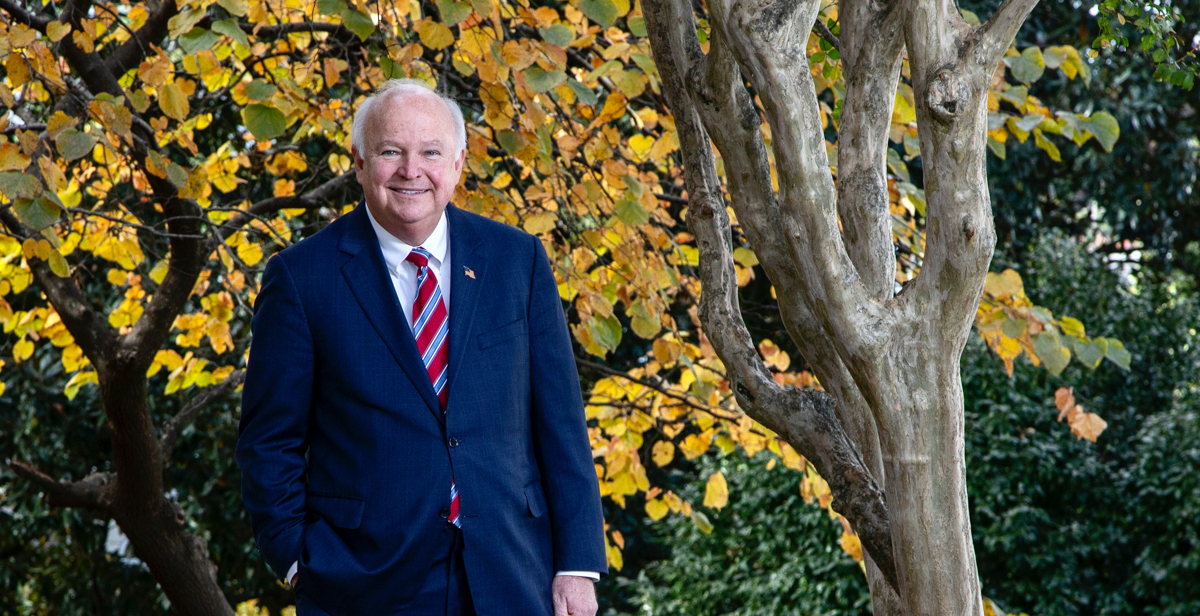 Former Congressman Jo Bonner, who serves as chief of staff to Alabama Gov. Kay Ivey, was selected as the fourth president of the University of South Alabama. He will be introduced formally at the Board of Trustees' next regular meeting, scheduled for Dec. 2.

Former Congressman Jo Bonner, who represented Alabama’s First District in the U.S. House of Representatives for six terms and currently serves as Chief of Staff to Alabama Gov. Kay Ivey, will be the fourth president of the University of South Alabama, the USA Board of Trustees announced today.

“We are tremendously pleased that our comprehensive national search has resulted in the decision to bring Mr. Bonner to USA as the fourth president in the history of the University,” said Jimmy Shumock, chair pro tempore of the USA Board of Trustees. “Mr. Bonner is a proven innovator, a skilled administrator and a respected, admired and influential leader in our state. With his leadership, we look forward to the continued elevation of the University of South Alabama’s reputation as a leading academic, research and healthcare institution.”

The Board of Trustees voted in a special meeting today to select Mr. Bonner as president, pending successful completion of a final employment agreement. The Board will formally introduce and welcome Mr. Bonner at its next regular meeting, scheduled for Dec. 2.

“I am deeply honored by the strong vote of confidence by the Board of Trustees, and I am grateful for the significant input and contributions of many different individuals and constituencies that were a part of this search process,” said Bonner. “Over the coming days and weeks, I look forward to working with the Board members to better understand their timetable and expectations for helping to move the University of South Alabama to the next level. There is obviously a lot of success and momentum on which to build. For today, however, I remain deeply humbled.”

In his current position, Mr. Bonner directs an executive staff of 35 and oversees 21 cabinet agencies and departments administering a total state budget of more than $26 billion. His role includes the development of the Governor’s strategic policy agenda and communications, working with leaders of the Alabama Legislature, the business community, numerous advocacy groups as well as the public.

“There are few people who know the State of Alabama as well as Jo Bonner,” said Alexis Atkins, chair of the 18-member President Search Committee that recommended Mr. Bonner as a finalist candidate. “His leadership experience and knowledge of the state and the region, along with the relationships he has built throughout his distinguished career, will greatly benefit the growth and improvement of the University of South Alabama in the years ahead.”

In addition to his decade in elected office and service in the governor’s office, Mr. Bonner previously held the position of Vice Chancellor for Economic Development at The University of Alabama System, from 2013 to 2018.  During his final year at UAS, he was as an executive on loan, serving as Interim Executive Director of the Tuscaloosa County Industrial Development Authority.

Prior to being elected to Congress, from 1985 to 2000 Mr. Bonner held positions as Chief of Staff, Executive Assistant and Press Secretary to U.S. Representative Sonny Callahan.

Mr. Bonner has received numerous awards and honors, including a 2020 induction into the Alabama Academy of Honor, the state’s premiere recognition of 100 living Alabamians for their outstanding accomplishments and service. In 2016, the Business Council of Alabama (BCA) created the inaugural “Congressman Jo Bonner Spirit of Leadership Award” and honored Bonner as its first recipient.  In 2013, he received the Distinguished Public Service Award, the highest honor the U.S. Navy bestows on a civilian.  He also received the 2012 “Governor Bob Riley Building a Better Alabama Award” by the BCA.

Mr. Bonner earned a B.A. degree in Journalism from The University of Alabama in 1982.  He is married to the former Janée Lambert, of Mobile, and they are the parents of a daughter, Lee, age 26, and a son, Robins, age 23.