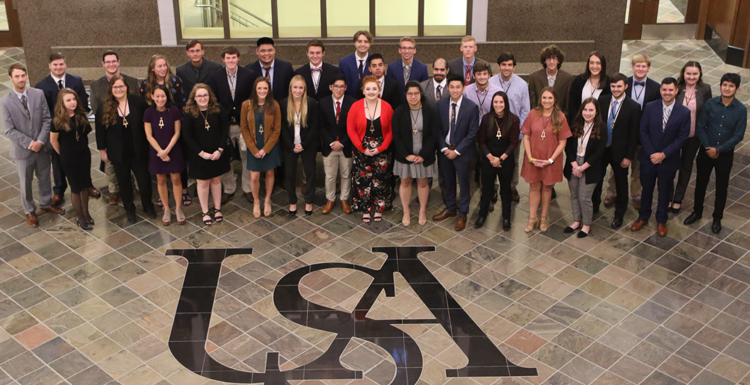 USA's engineering honor society Tau Beta Pi is named the nation's most outstanding chapter for the second year in a row.

South is one of 250 active chapters in the nation and has now won the award two years in a row and four times in the past six years.

“I am excited that our chapter was honored for the second year in a row and I am extremely proud of the leadership and the members for their efforts,” said Sally Steadman, faculty advisor.

The award recognizes the quality of work of chapters based on service projects and fulfilling its objectives. During the 2019-20 academic year, South’s chapter was active not only on campus but in their community as well.

“There are only 2 chapters in the nation who have won this award more than 4 times, so our chapter, Alabama Epsilon, is exceptional,” Steadman said. “The chapter was selected this spring to pilot the on-line Initiation Ceremony and have been asked to present at the national convention on chapter successes.