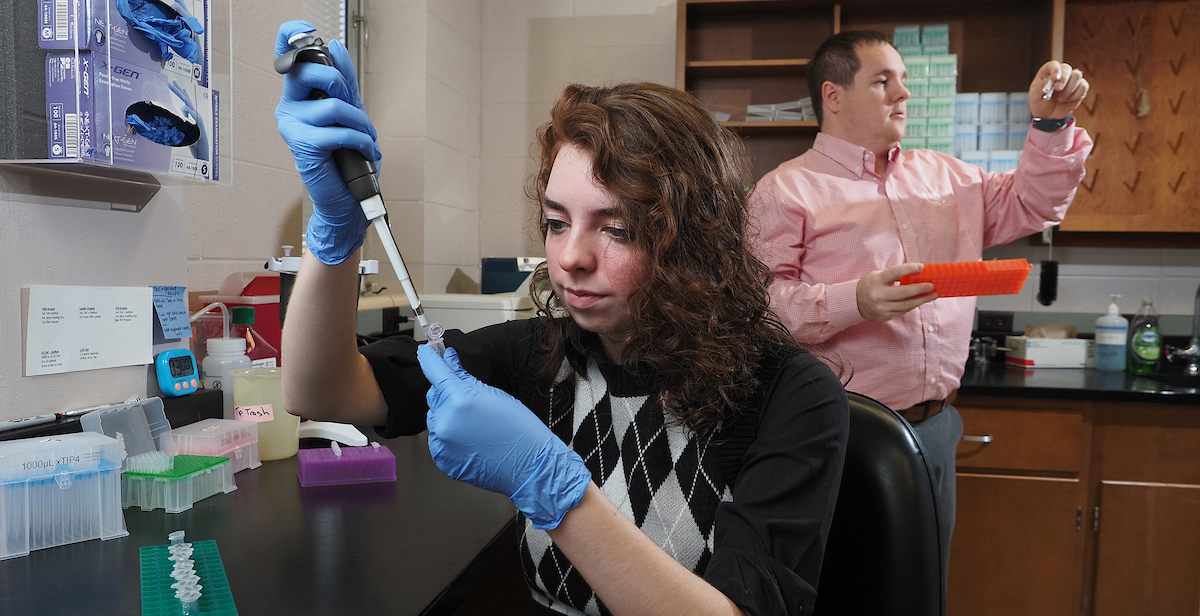 A new biology assistant professor at the University of South Alabama and his night owl of an undergraduate research assistant helped a group of amateur herpetologists in Mexico identify two new species of snail-sucking snakes.

An article on the Tricolor Snailsucker and Poppyfield Snailsucker was published recently in Herpetozoa, an international peer-reviewed journal.

Dr. Jason Strickland, who joined the faculty in the department of biology last fall, has worked before with an independent Mexican research group called HERP.MX. Members turned to him for help with gene-sequencing that confirmed the identity of Tropidodipsas tricolor and Tropidodipsas papavericola.

“It’s a cool opportunity and a good way to get students involved,” Strickland said. “It’s rare for students, especially undergraduates, to get publications.”

India Hughes, a senior majoring in biology, works in Strickland’s SSSTING Lab, which stands for “Snakes, Scorpions, Spiders, Toxins, INformatics and Genomics.” She started the Mexican snake project in February and continued during a Summer Undergraduate Research Fellowship funded through South’s Office of Undergraduate Research. 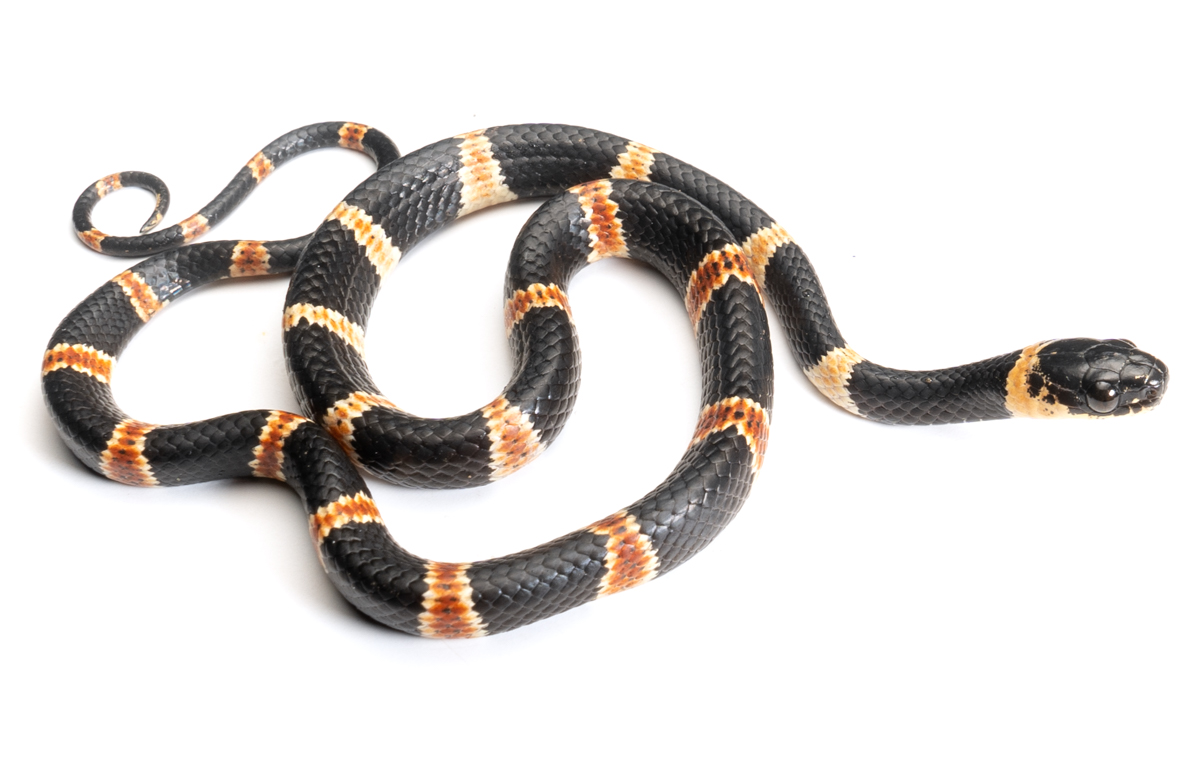 When she wasn’t working with her professor, she set her own hours in Room 222 of the Life Sciences Building.

Mexico trails only Australia in the world of reptile biodiversity. The snail suckers are found among the mountains of Oaxaca and Guerrero in the southern part of the country. The small snakes have long front teeth and unique jaw musculature that allow them to pull snails from their shells.

“This is a pretty derived character, so it is unusual,” Strickland said. “Snails are a challenging prey item to eat. The snakes have to be able to grab onto the snail before it retreats in the shell, or they won’t be able to get the meal. They’ll bite down, move the top jaw and anchor, then move the bottom jaw and anchor. They can get their lower jaws pretty far into the shell and kind of rachet it out.” 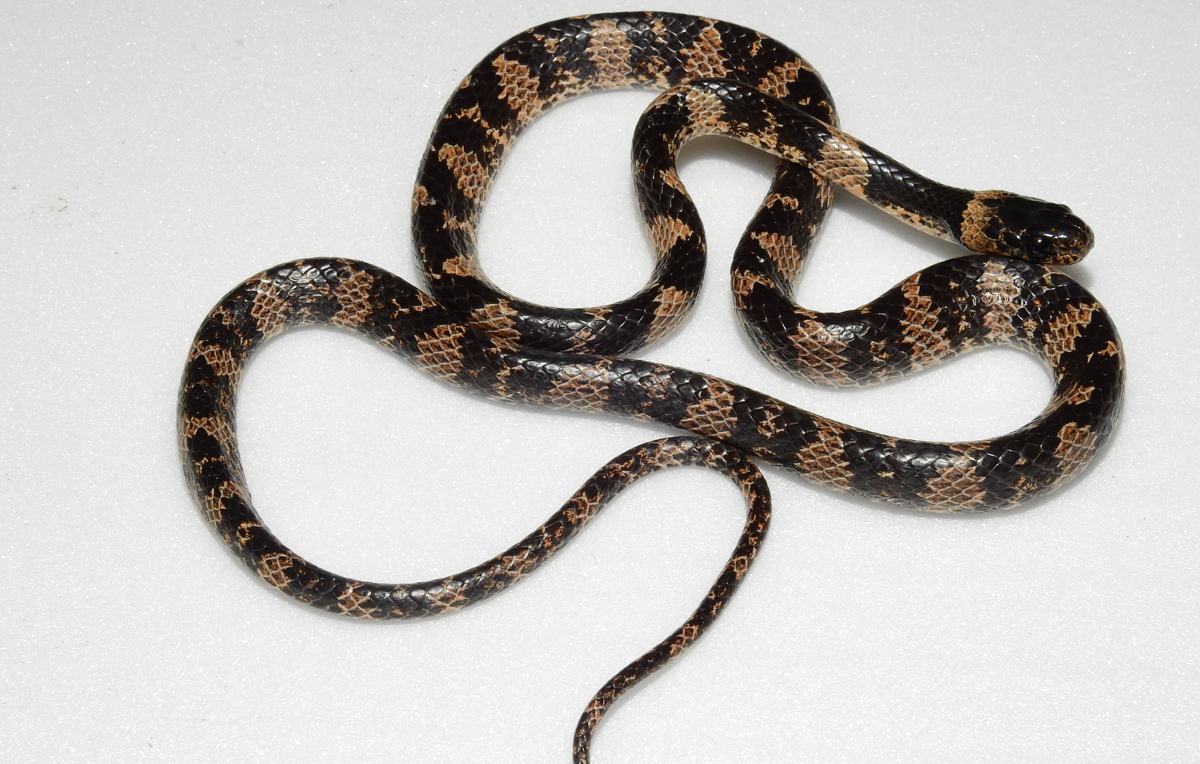 The lead author of the Herpetozoa paper, Chris Grünwald, is a real estate salesman in Guadalajara. During his spare time, he travels throughout Mexico doing field research for HERP.MX.

“He’s just a really impressive guy,” Strickland said. “There’s so much land to cover, and not enough funding, so there’s plenty for these researchers to do. They’ve done an amazing amount of work in that country.”

At South, the task for Hughes was extracting DNA from samples taken from several species of snakes. She amplified four genes using a polymerase chain reaction and analyzed DNA sequence data. Sequences were used to generate a family tree to compare unidentified species to known species.She found that the new species did not match any other snakes, but are members of the Tropidodipsas genus of snail-eaters.

After graduating from South in December, Hughes plans to attend graduate school. She’s more interested in genetics than snakes, but having her name on a published study is a nice addition to her resume’.