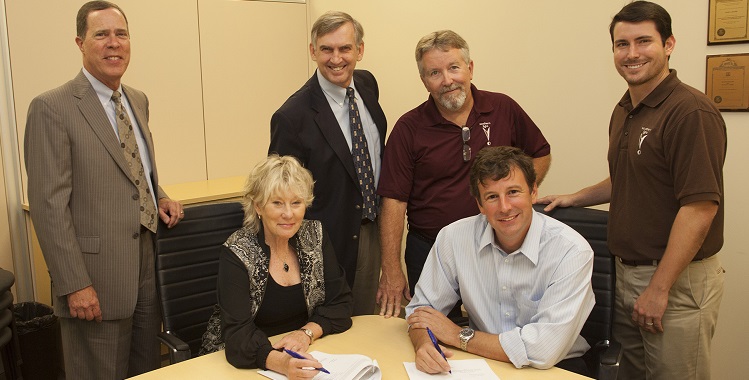 Southern Light’s digital and physical footprint at the University of South Alabama Technology and Research Park is expanding. The fiber optic based telecommunications company will expand its data center capacity at the USA facility by a factor of nearly eight.

Southern Light owns and operates the largest contiguous last-mile fiber optic network on the Gulf Coast.  They have about 4,600 miles of fiber in the ground from Lafayette, La., to Jacksonville, Fla., and added over 800 miles to their network in 2013.  In addition to providing ultra-high speed fiber optic connections for wireless carriers, telecommunications carriers, private enterprise, schools and military facilities, Southern Light also offers their customers space in hardened facilities like the new data center under construction at the University.

Construction will begin next week on the $4.25 million, Tier 3 data center that, once complete, will be able to hold 160 data racks consuming 800 kilowatts of power. Southern Light’s existing facility at USA Technology and Research Park is a Tier 2 quality data center acquired following the company’s purchase of Server Corps in 2012. The expansion to a Tier 3 center will move Southern Light to larger space in the same building.

“In Southern Light, you have a home-grown tech company that is developing, maturing and thriving,” Chronister said. “They are a wonderful example of what success can look like in Mobile.”

“Growing our operations at USA was a natural choice for us because of the proximity to customers and the strength of infrastructure at the USA Technology and Research Park," said Andy Newton, Southern Light president and CEO.  “The University was one of our first customers.  We have built on that relationship as a tenant, and we want to invest in that partnership as we continue to expand our capabilities.

“This investment into a world-class facility, coupled with the capabilities of our fiber optic network, allow us to provide a primary server collocation site for companies along the Gulf Coast, as well as connect them across our fiber network to other major regional data centers, such as the RSA Data Center in Montgomery, the Telx facility in Atlanta, or the C Spire data center under construction in Starkville, Miss.  Customers want to be close to their data, and they also want a backup plan.  This facility allows us to serve both of those needs.”

The first phase of construction should be completed by the end of the year, with three other phases to follow.