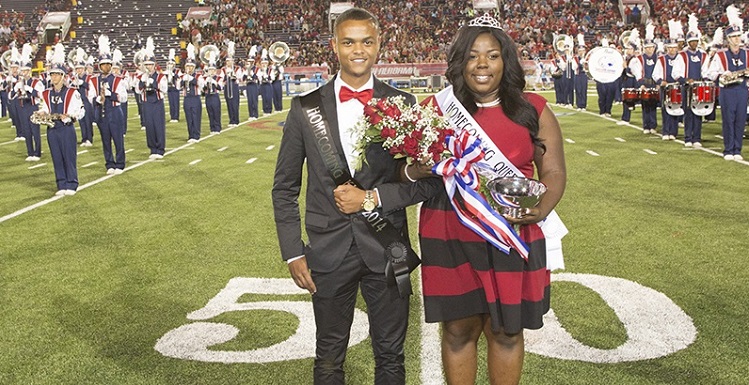 Tevin Barnett and Calvilyn Hooper were presented as king and queen during half-time ceremonies.Download larger image

The University of South Alabama presented its 2014 Homecoming Court, during half-time ceremonies at the homecoming football game on Saturday, Oct. 18. Queen Calvilyn Hooper was introduced along with King Tevin Barnett and the court in front of more than 15,000 fans.

Along with Hooper and Barnett, the 2014 homecoming court included: