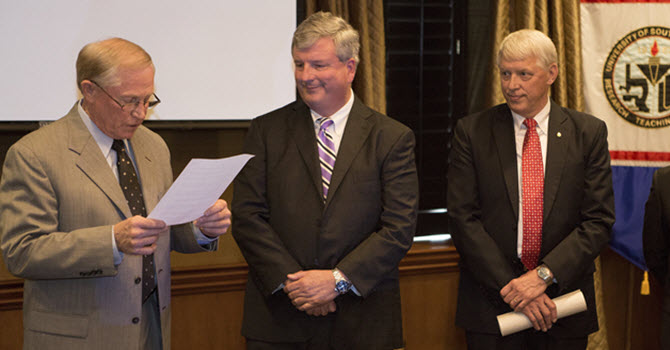 James Yance, a member of the University of South Alabama Board of Trustees, reads the resolution accepting a $1 million donation from the J.L. Bedsole Foundation to its endowed scholarship program at USA. Looking on are T. Bestor Ward III, chair of the foundation’s distribution committee, and University President Tony Waldrop.

The announcement was made at a recent University Board of Trustees meeting by T. Bestor Ward III, chair of the foundation’s distribution committee.

In the past, the J.L. Bedsole Foundation has made significant gifts to the University, including to the USA Archaeology Museum and the Super Mileage Project in the College of Engineering.