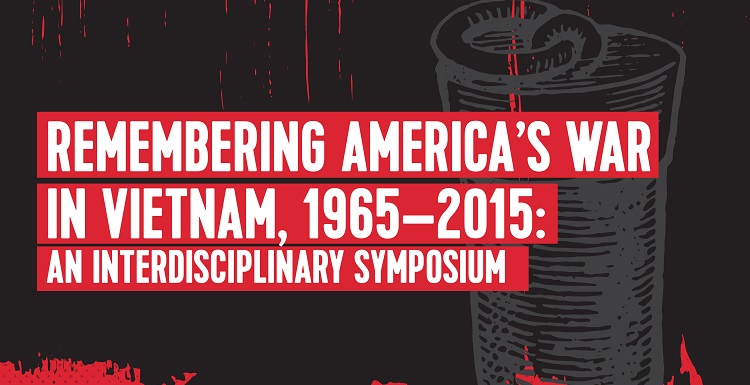 The author of numerous critically acclaimed books about the Vietnam War, USA Writer-in-Residence Frye Gaillard, associate professor of art history Elizabeth Rivenbark and other experts will join members of Mobile’s Southeast Asian community Sept. 2-3 on the University of South Alabama campus for critical discussions about the Vietnam War.

“Remembering America’s War in Vietnam, 1965-2015,” will be free and open to the public. It is sponsored by the University’s Center for the Study of War and Memory, the College of Arts and Sciences and the USA Honors Program.

“During the early 1960s, it was easy for most Americans to ignore that there was a war in Vietnam. All that changed in 1965, when the trickle of American troops entering Southeast Asia became a flood. Suddenly, the war affected hundreds of thousands of American households. Suddenly, the war became real,” said Dr. Stephen Trout, founding director of the Center for the Study of War and Memory and chair of English. “This symposium will look back across the half-century that now separates us from this pivotal moment in history and consider how Americans have remembered the war through film, literature, public memorials and visual art.  In addition, we will hear from military veterans and former refugees from Southeast Asia, individuals who represent the conflict’s living memory in 21st century America.”

The seminar will begin at 7 p.m. on Wednesday, Sept. 2, in the USA Marx Library Auditorium with the documentary, “The Fog of War.” A panel discussion will follow at 8:30 p.m. featuring Robert Adams; Dr. Martha Jane Brazy, associate professor of history; Tim Lombardo; Terry Raycraft; and Dr. Andrew Wiest, the Charles W. Moorman Distinguished Professor of History and founding director of the Dale Center for the Study of War and Society at the University of Southern Mississippi in Hattiesburg, Miss.

Wiest will also be the keynote speaker on Thursday, Sept. 3, at 1:30 p.m. with “Fading Memories of a Distant War.” His books include “The Boys of ’67: Charlie Company’s War in Vietnam,” “Vietnam: A View from the Front Lines,” and “Vietnam’s Forgotten Army: Heroism and Betrayal in the ARVN,” which received the 2009 Society for Military History Distinguished Book Award for Biography. Wiest has presented his research at numerous conferences and seminars, both nationally and internationally, and served as lead historical advisor for “Vietnam in HD,” a six-part series for the History Channel. He has appeared in other documentaries for the History Channel, Granada Television and Lucas films as well as served as commentator on military events for CNN, the BBC, the San Francisco Chronicle and the Philadelphia Inquirer. During 20 years in higher education, Wiest has taught a broad range of courses, and presently his courses include both halves of the World Civilization survey course, the Vietnam War, World War I, military history and graduate seminars in war and society.

On Thursday, Sept. 3, all seminar events will be held in the Seaman’s Bethel Theatre. The schedule and participants:

For more information about the seminar, call (251) 460-6146. To learn more about the USA Center for the Study of War and Memory, visit http://www.southalabama.edu/departments/research/warandmemory/. 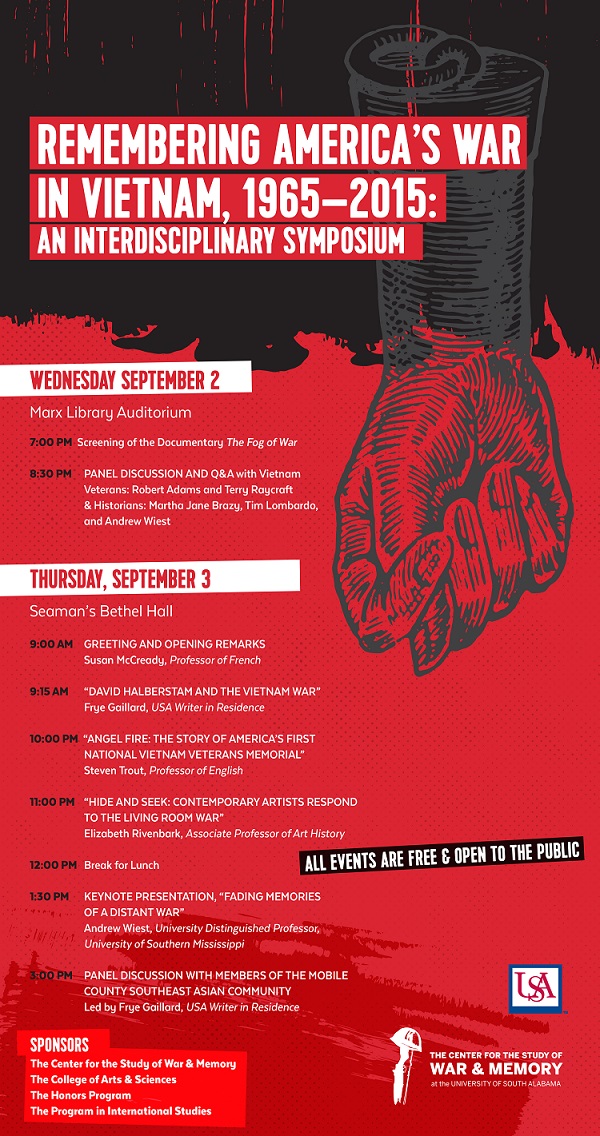