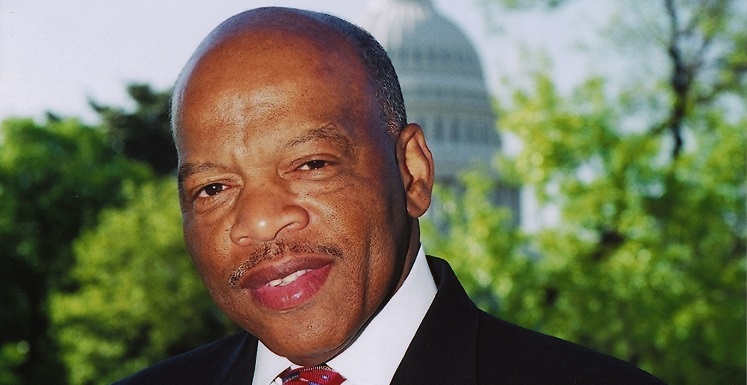 U.S. Rep. John Lewis, who has represented Georgia’s Fifth Congressional District since 1986, will address USA graduates at the 2015 Fall Commencement.

U.S. Rep. John Lewis, an icon of America’s Civil Rights Movement, will deliver the Fall Commencement address at the University of South Alabama at 2 p.m. on Saturday, Dec. 12, in the Mitchell Center.

USA is scheduled to award 689 bachelor’s degrees, 626 master’s degrees, 19 doctorate degrees and five educational specialist degrees. Fall commencement is the graduation exercise for students who completed degree requirements in either the summer or the fall terms.

USA and the Mobile County Public School System will partner again this year to provide live streaming of the ceremony. The live coverage begins at 2 p.m. on the University’s website. Recorded video of the entire commencement will be available online at the same address following the live web cast.

Rep. John Lewis of Georgia has been described as “one of the most courageous persons the Civil Rights Movement ever produced.”

The son of Alabama sharecroppers attended segregated schools in Pike County and was inspired to activism by the Montgomery Bus Boycott and radio broadcasts of the late Rev. Martin Luther King Jr. While a student at Fisk University in Nashville, Lewis organized sit-ins at segregated lunch counters. In 1961, he participated in the historic Freedom Rides, challenging segregation at interstate bus terminals across the South. Lewis, who risked his life by sitting in seats reserved for whites, was beaten by angry mobs and arrested by police for challenging the injustice of Jim Crow segregation.

At the movement’s height, Lewis helped to form the Student Nonviolent Coordinating Committee and was responsible for organizing student activism before he became its chairman.

By 1963, Lewis was dubbed one of the “Big Six” leaders of the movement, and he was an architect of and a keynote speaker at the historic March on Washington on Aug. 28, 1963.

During the Mississippi Freedom Summer of 1964, Lewis coordinated SNCC voter registration drives and community action programs. On March 7, 1965, he was at the front of more than 600 orderly protesters crossing the Edmund Pettus Bridge in Selma as part of a walk to Montgomery in support of voting rights when Alabama troopers attacked the marchers in the brutal confrontation known as Bloody Sunday. Although the march helped to hasten passage of the Voting Rights Act of 1965, Lewis was badly injured and hospitalized.

Despite more than 40 arrests, physical attacks and serious injuries, Lewis has remained an advocate of nonviolence. He became associate director of the Field Foundation and participated in the Southern Regional Council’s voter registration programs. As director of the Voter Education Project, he helped transform the nation’s political climate by adding nearly four million minorities to the voter rolls.

Lewis holds a bachelor of science in religion and philosophy from Fisk University, and he is a graduate of the American Baptist Theological Seminary. He has been awarded more than 50 honorary degrees from some of America’s most prestigious universities, including Harvard and Princeton.

The congressman is the recipient of numerous awards from national and international institutions, including the Presidential Medal of Freedom, America’s highest civilian honor; the Lincoln Medal, awarded by the historic Ford’s Theatre; the Golden Plate Award, Academy of Excellence; the Martin Luther King Jr. Non-Violent Peace Prize; the NAACP Spingarn Medal; the National Education Association Martin Luther King Jr. Memorial Award and the only John F. Kennedy “Profile in Courage Award” for Lifetime Achievement ever granted by the John F. Kennedy Library Foundation.

Lewis, who lives in Atlanta, has one son, John Miles.

Guests are encouraged to access the campus by USA South Drive or Jaguar Boulevard. For a campus map, visit http://www.southalabama.edu/campusmap/.

Graduating students should arrive well before the ceremony and park in the parking lot located behind the Mitchell College of Business on Student Services Drive. Admittance to the Health, Physical Education and Leisure Studies Building, where graduates line up for the event, will be limited to only graduating students. Graduates should not bring bags, purses or any “carry” items.

The shuttle service will run continually from 11 a.m.