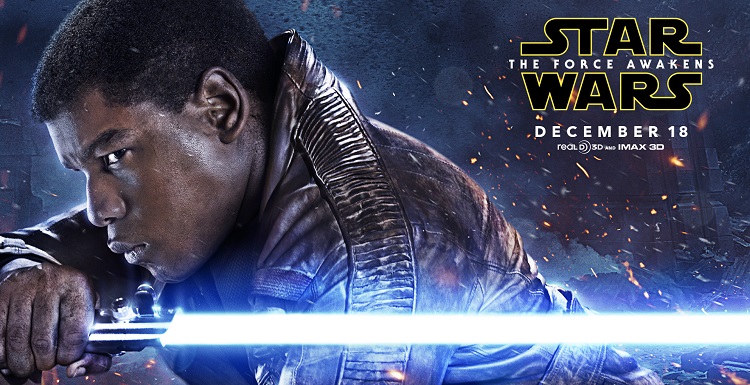 “Star Wars: The Force Awakens” will be released Friday. “Star Wars,” the first in the film series, excited American moviegoers because it debuted during a historic Hollywood slump and on the heels of Vietnam and Watergate, said Dr. Richard Ward, associate professor of communications.

A long time ago, in a galaxy far, far away – May 25, 1977 to be exact – Dr. Richard Ward, a recent film grad from the prestigious University of Southern California School of Cinematic Arts, declined to join friends to watch the new movie “Star Wars,” opening at Grauman’s Chinese Theatre in Los Angeles.

He was unaware that his friends would be watching a movie that ended up changing Hollywood forever.

Ward knew the work of the movie’s executive producer, producer, director and writer because George Lucas had graduated from the USC film school nearly a decade earlier, and Ward’s professors mentioned Lucas frequently for his first two films – “THX 1138,” a dystopian science fiction film, and “American Graffitti,” a coming of age comedy-drama.

“My friends came back raving about “Star Wars,” and I finally did go see it within a few days and enjoyed it,” said Ward, now a USA associate professor of communications. 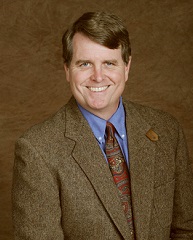 Dr. Richard Ward
On Friday, “Star Wars: The Force Awakens,” became the seventh movie in Lucas’ futuristic galactic tale of good vs. evil, and it will be the first that the legendary producer hasn’t supervised. The movie is the latest incarnation of a series that has delighted generations since the 1970s, and it remains the industry’s greatest merchandising success story. Now owned by the Walt Disney Co. and with new producer and director J.J. Abrams at the helm, millions of fans around the world are anxious to see if the multi-billion dollar franchise will be magical enough to re-boot the franchise for yet another generation.

As a film student, Ward recognized how Lucas had borrowed techniques from older Hollywood classics popular before 1970s Hollywood churned out “depressing movies like ‘Easy Rider.’”

“The scene where Luke Skywalker returned to his family’s burned out space ranch is straight out of a 1950s John Wayne movie called 'The Searchers,' and the aerial combat sequences owe an awful lot to the old World War II combat movies,” Ward said.

He said some film critics cite this as a weakness common to films by Lucas and fellow mega-producer Steve Spielberg of “Jaws” fame.

“The frame of reference for these young filmmakers wasn’t life experiences like you saw with older producers like John Ford, who went out and lived life before he became a filmmaker,” Ward explained. “A lot of what we saw from Lucas and Spielberg in the early days was because they had grown up watching and loving the older films.”

Ward said “Star Wars” excited American moviegoers because it debuted during Hollywood’s worst economic slump and on the heels of Vietnam and Watergate.

“In a lot of ways, it was a simplistic combat movie that spoke to its time,” Ward said. “Hollywood had been turning out really depressing films, such as ‘Easy Rider,’ and ‘Star Wars’ took moviegoers back to the more classic esthetic with a cohesive narrative with good guys and bad guys, and there was something comforting about that.”

By the mid-1980s, Ward had finished his Bachelor of Arts at USC, he had earned a master’s degree and was working at Universal Studios in the post-editorial department, transferring film to video. It was the days of VHS, and Hollywood was on the rise again.

One night shortly before Christmas, Universal sent Ward to Lucas’ home with an unreleased copy of the movie “Out of Africa” for his holiday party guests. Ward’s mission was to be a bodyguard for the movie, ensuring no bootleg VHS copies would be made.

“George Lucas had all these celebrities at his house, and here I was sitting in the projection booth, looking at the film can,” Ward recalled. “I couldn’t join the party because I’d been warned not to leave the film alone for a second.”

However, Lucas was concerned about Ward working while everyone else was enjoying themselves.

“He tried to get me to join the party, and when I told him I couldn’t, he sent up a plate of food for me,” Ward said. “After the movie ended, he came up and thanked me for having brought the film and handling the projector. He was a very courteous man.”

Within months, Ward realized he would rather teach than work in Hollywood. He earned his doctorate at the University of Texas and joined the USA faculty a short time later.

Today, he loves teaching both television and field-based production as well as courses on television history and genres. He’s written two books about film – “The History of the Hal Roach Studio” in 2005 and “When the Cock Crows: A History of the Pathé Exchange,” due for release in 2016.

Ward doesn’t teach “Star Wars” in any of his classes, opting to spend most of the semester on “the silent era, because that’s when all the ground rules of film and the economics of the industry were invented one piece at the time and were kinda set in stone. I guess in one way, that is linked to 'Star Wars' for my students because they call the first film ‘a classic.’ You have to remember that most of them were born in the 1990s.’”

“Today, my students laugh when I tell them I left Universal to teach,” Ward said. “But, when I explain to them what a huge bureaucracy a film studio can be rather than a creative think tank as we like to imagine it is, I think they get an idea that happiness isn’t always about money and glamour.”

Ward said he wouldn’t be surprised if Lucas sold the “Star Wars” franchise to Disney, one of Hollywood’s most successful studios, because of the response to his last film, “Star Wars: Episode III – Revenge of the Sith.”

“There’s a strange irony in the fact that George Lucas’ last trilogy was hugely successful at the box office, yet some of his most devoted fans and critics just raked him over the coals unmercifully,” Ward said. “I think that really soured him on it because he felt some of it was simply unnecessary.”

Ward intends to see the new “Star Wars,” but he won’t be among the fans camping out in theatre parking lots to be one of the first to see the latest movie.