Overlooking one of the few ice-free harbors in Isle Royale (now Cape Breton Island), the Fortress of Louisbourg defended the valuable north Atlantic cod fishery and the strategic approach to New France via the St. Lawrence River. 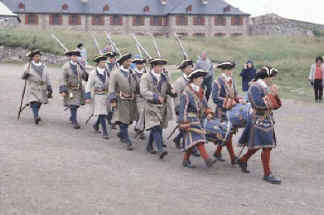 An uninhabited ruin for two centuries, the Fortress of Louisbourg became the site of a massive excavation and reconstruction project from 1959 to 1979. One-quarter of the old town has been rebuilt, accurately furnished, and populated with costumed bilingual interpreters. This "Williamsburg of the North" is now Canada’s preeminent historical park and a world-class cultural site. 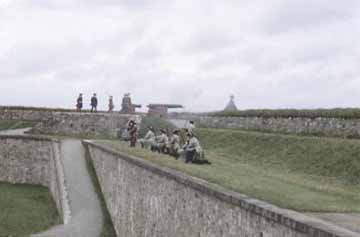 The park’s archaeological collections, which include several million artifacts, comprise an invaluable research tool available for study by visiting scholars. Summer training programs are offered in historical conservation and preservation.

For more information on the Fortress, link to: http://www.fortressoflouisbourg.ca/

To read about the history and archaeology of the Fortress of Louisbourg, see: