During the Yamasee War of 1715, all British traders in the interior Southeast were either killed or expelled because of trade abuses with the Indians. The French in Mobile took advantage of this unexpected turn of events and obtained permission from the Alabamas, part of the Creek Confederacy, to build a fort in their midst. 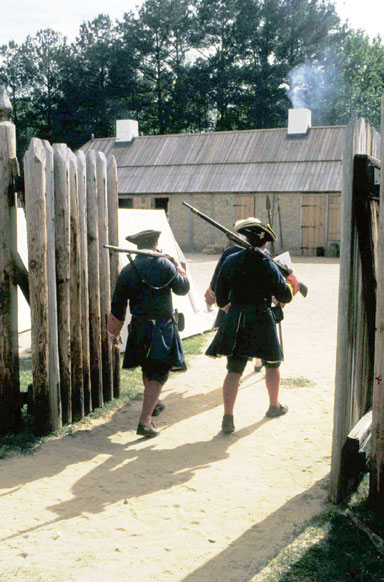 Fort Toulouse, established in 1717, and the village of creole farmers that grew up nearby existed at the sufferance of the Alabama Indians. The French and Alabamas both profited from the arrangement. Fort Toulouse gave the French influence among the Creeks, and provided a competitive market for the Indians once British traders returned to the region. When the French population moved west of the Mississippi River in 1763, many of the Alabamas left, too. 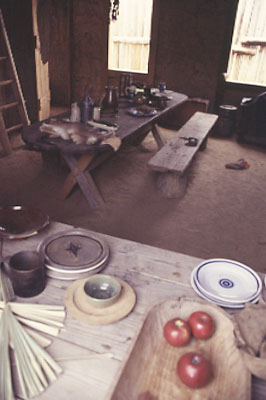 Excavations in the 1970s and 1980s revealed nearly the entire plan of Fort Toulouse II, designed in 1750 by François Saucier. The top view shows the trench foundation of the powder magazine. Below is a close-up of the stockade trench, with remnants of the quartered upright posts, which had been slightly charred in an effort to prevent rot. 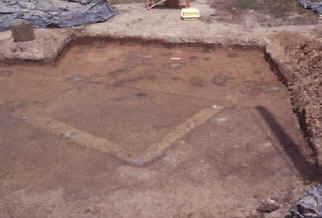 An excellent public interpretation program at Fort Toulouse Park brings the French colonial experience to life on many weekends from spring through fall. 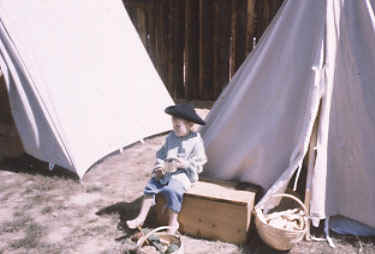