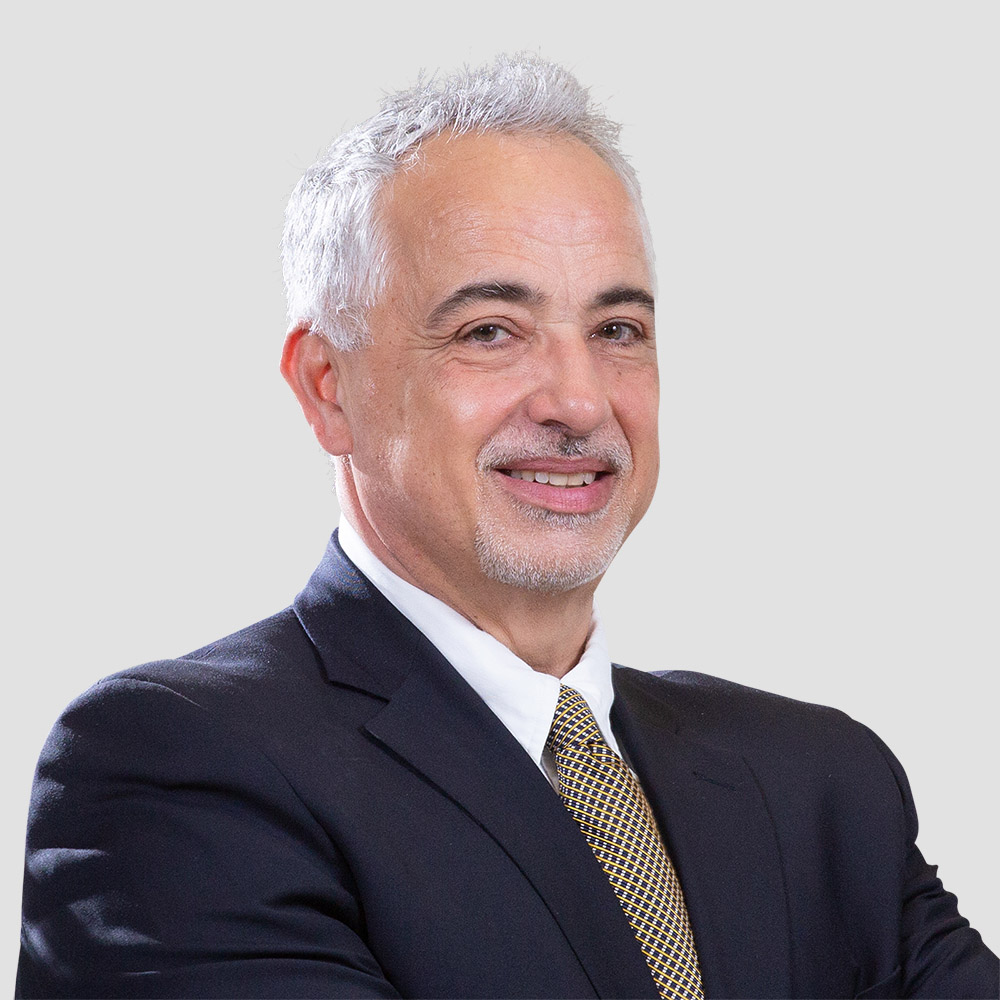 Dr. Anthony M. Martino joined the Department in 2005 as Associate Professor of Neurosurgery and became Interim Chair on April 1st, 2011. He became Chair in 2012.

His special interests are the care and treatment of pediatric and adult neurosurgery, head injury, spinal injury, compression fractures and osteoporosis.

Born in Zagarise, Italy, Dr. Martino speaks fluent Italian. He earned his medical degree from Catholic University of the Sacred Heart in Rome, Italy. Dr. Martino completed his internship at Columbus Hospital in Chicago and his residency at the State University of New York in Syracuse, New York. In addition, he completed a fellowship at the University of California in San Francisco.

Prior to his appointment at USA, he was in private practice at the Harbin Clinic in Rome, Georgia. He has served on the medical faculty at the University of California at San Francisco, Wayne State University School of Medicine and the Dartmouth Medical School.

Dr. Martino is a member of the American Association of Neurological Surgeons, the International Society of Pediatric Neurosurgery and the Neurosurgical Society of America.

Dr. Martino is offering patients a new non-invasive alternative to conventional surgery using a new tool called the CyberKnife. With this tool, Dr. Martino is able to treat diseases of the brain and spine with extreme accuracy.

CyberKnife is a robotic radiosurgery system that delivers high doses of radiation with extreme precision. According to Dr. Martino, it can be used to treat both tumors and other pathologies of the nervous system such as arteriovenous malformations and intractable facial pain. It offers new hope to patients who have inoperable or surgically complex lesions, or who may be looking for a non-surgical option.

"With CyberKnife, we are able to perform bloodless surgery allowing patients to immediately return to their normal activities. There is no incision, pain or hospitalization associated with the procedure," said Dr. Martino. "The bottom line is that with CyberKnife, we are now able to perform surgery with much higher degree of precision and with much less stress to the patient."

For more information on CyberKnife, visit www.cyberknife.com. To make an appointment with Dr. Martino, call 665-8290 or CyberKnife coordinator Denise Bunch at 445-9614. 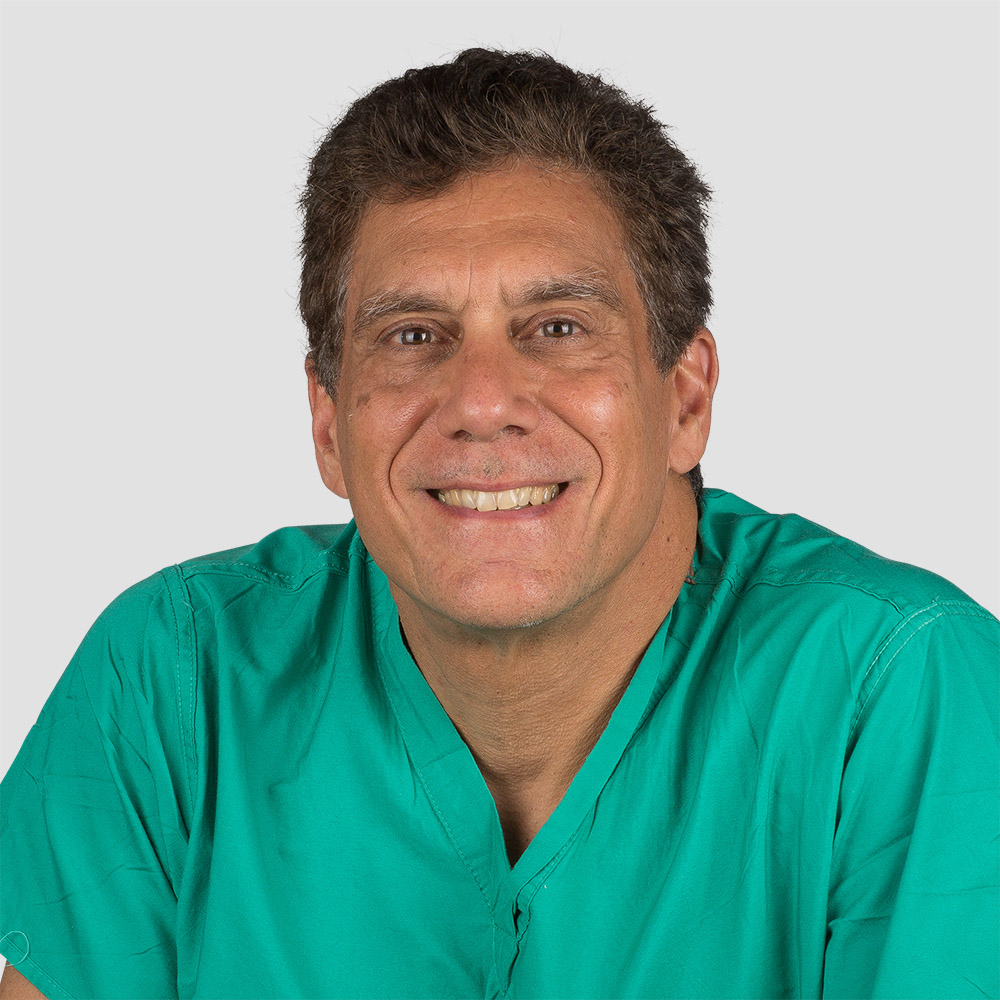 Dr. W. George Rusyniak Jr. joined the Department in 2008 as Associate Professor of Neurosurgery.  He has advanced training and special interest in the surgical treatment of epilepsy.

Prior to joining USA, Dr. Rusyniak practiced in upstate New York, where he served as president and founder of the Adirondack Neurosurgical Specialists, P.C. While in Utica, Dr. Rusyniak was head of neurosurgery at Faxton-St. Luke's Healthcare.

From 1993 to 1999, Dr. Rusyniak was in private practice in Rome, Georgia., and established a surgical epilepsy treatment program at the Redmond Regional Medical Center also in Rome, Georgia.

Dr. Rusyniak is a native of Syracuse, New York. He earned his medical degree from the University of Rochester in Rochester, New York. He also conducted his neurosurgery residency training at the Strong Memorial Hospital, where he served as chief resident. In addition, he completed a neurosurgery fellowship at The Cleveland Clinic in Cleveland.

The front-line treatment for patients suffering from epilepsy is medication, but for some difficult cases surgery is the only approach that provides patients with effective relief from seizures.

According to Dr. Rusyniak, more than 2 million people in the United States have epilepsy. "Despite better drugs to treat the disease, 10 to 20 percent of patients - even with medication -still have breakthrough seizures. For this subgroup of patients, surgical intervention provides an effective treatment option."

Dr. Rusyniak, has advanced training and experience in the surgical treatment of epilepsy. He is currently collaborating with faculty in the USA department of neurology to identify epilepsy patients who are candidates for surgery.

Using a variety of neurosurgical techniques, including electrode implants, Dr. Rusyniak operates at both USA Medical Center and USA Children's and Women's Hospital.

At this point, patients are referred by the epilepsy specialists in the department of neurology. To make an appointment, call 660-5108. 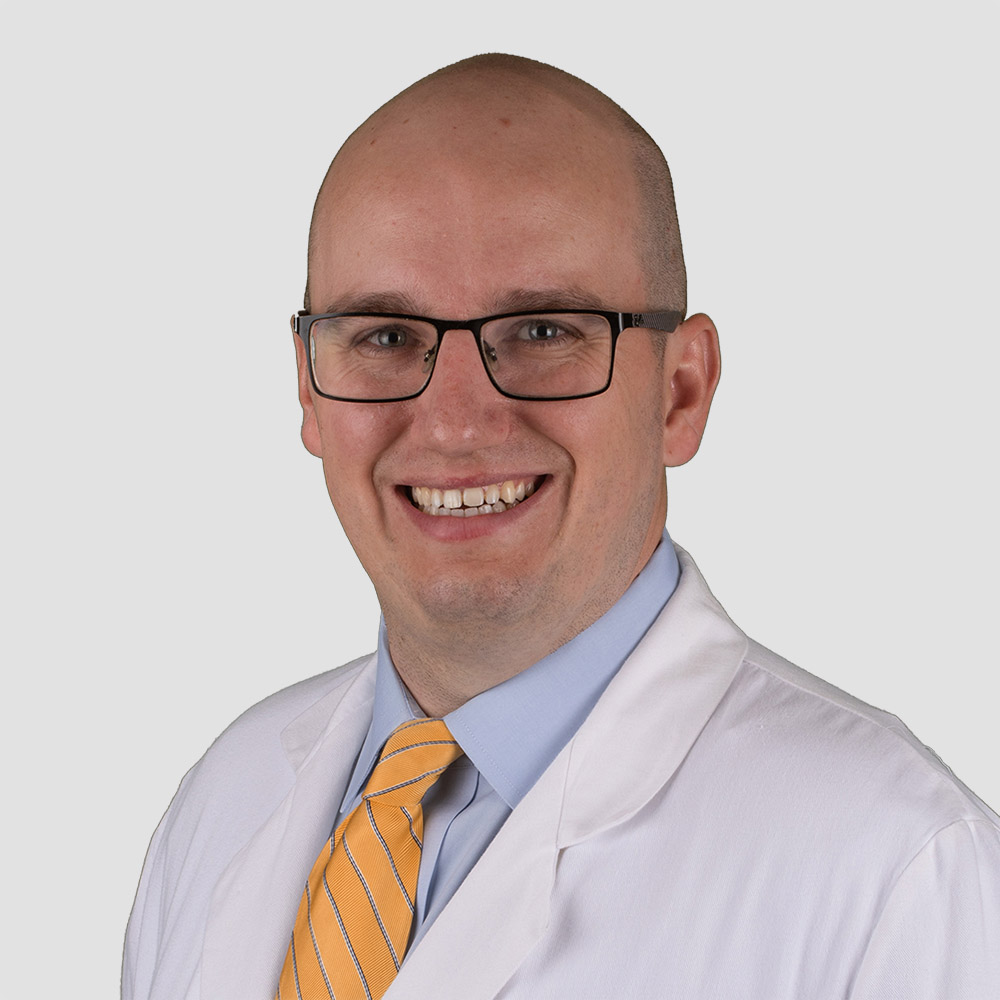 Richard Menger, M.D., M.P.A, is a fellowship-trained neurosurgeon serving as Chief of Complex Spine Surgery at the USA Health. He has a specific focus on complex spinal reconstructions for spinal deformity in children and adults. He performs minimally invasive spinal procedures (MIS) and has a special expertise in the entire spectrum of state-of-the-art surgical and conservative management of pediatric scoliosis.

Trained in neurological and orthopedic spine surgery, he can assess patients from an interdisciplinary perspective. As a neurosurgeon, he completed the prestigious Advanced Pediatric Spinal Deformity Orthopedic Fellowship at Columbia University Medical Center in New York under the direction of Michael Vitale M.D., M.P.H., Richard Anderson M.D., and Lawrence Lenke M.D. During his neurosurgery residency at LSU in Shreveport, La., he received additional training with an enfolded fellowship in pediatric spinal deformity at Shriners Hospital for Children.

He is an honors graduate of Cornell University where he played four years of Division I rugby. He completed medical school with honors at Georgetown University School of Medicine where he was elected to the Alpha Omega Alpha Honor Society and received the Barbara Bregman PhD award as the top graduate in neuroscience. To further his research mission, he received a Master of Public Administration (MPA) from the Harvard Kennedy School of Government where he was awarded the Hale Champion Public Service Fellowship.

His research focuses on operative techniques, clinical outcomes, and the intersection of policy and economics on the delivery of spine surgery. He has authored numerous scientific papers in academic journals and is the lead editor of the textbook The Business, Policy, and Economics of Neurosurgery. His op-ed/policy work has been published in the Wall Street Journal, Forbes, Navy Times, the Hill and others. He has a joint appointment as Assistant Professor of Political Science at the University of South Alabama.

He enjoys being on the water and spending as much time as possible with his wife and three daughters. He also serves as a Lieutenant Commander in the United States Navy Reserve. 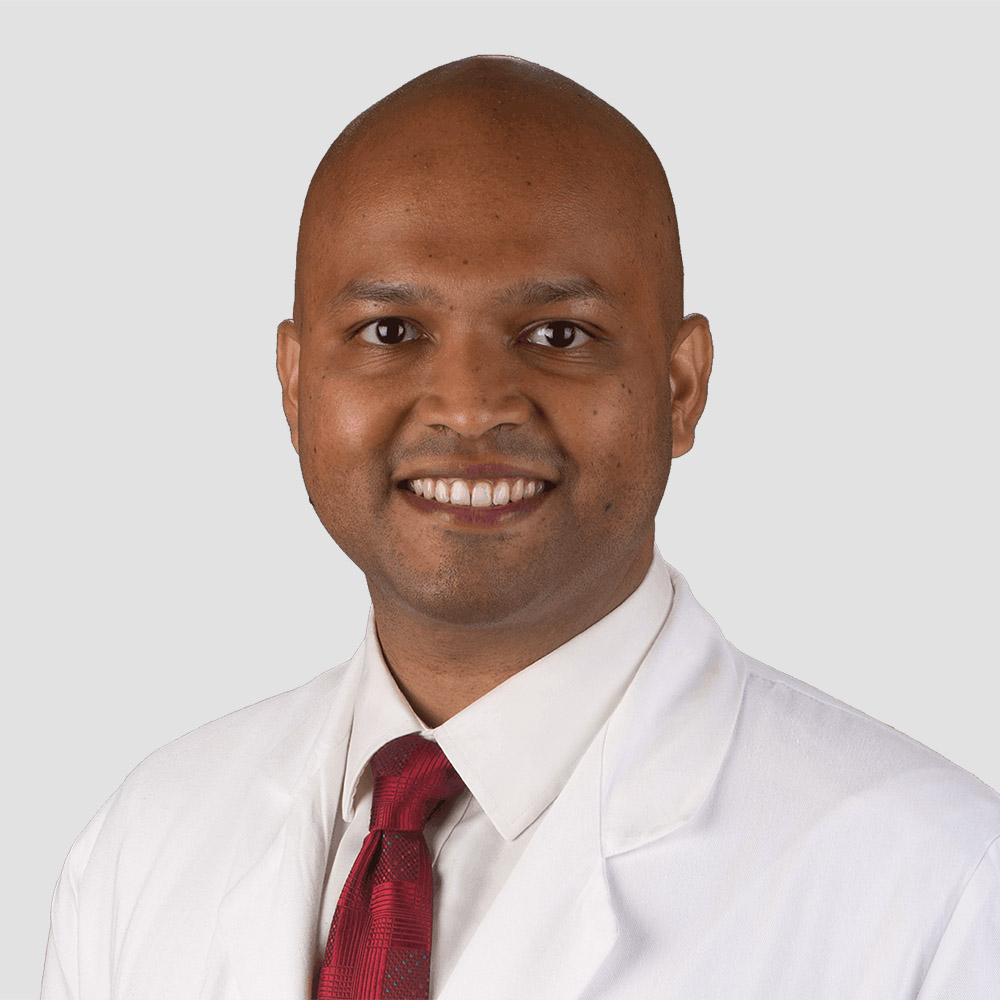 Jai Deep Thakur, M.D., is a fellowship-trained neurosurgeon who is specialized in the field of endoscopic and minimally invasive keyhole cranial surgery. He did two years of research fellowship in skull base neurosurgery at Louisiana State University (LSU) and University of Arkansas Medical Sciences, following which he completed his residency training in Neurosurgery at LSU. He then did his fellowship training in Minimally Invasive Cranial and Skull base Neurosurgery at the Pacific Neuroscience Institute-John Wayne Cancer Institute, Santa Monica, California.

Given his clinical and research expertise in the neurosurgical community, he is the director of minimally invasive cranial and skull base neurosurgery and heads neurosurgery education at University of South Alabama.

Dr. Thakur has published over 50 peer reviewed scientific papers and has presented over 60 abstracts at national/international meetings. His research has been cited over 800 times in the medical community. 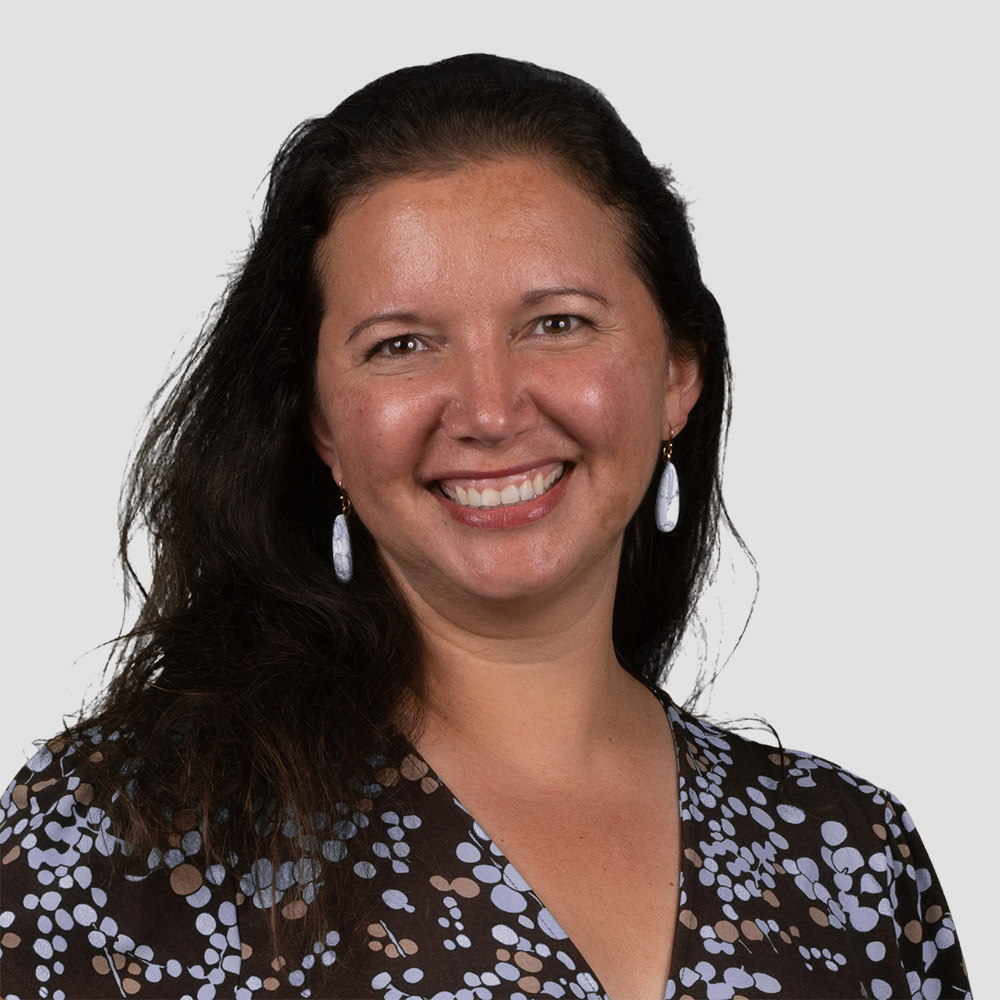 Sharon Pelekanos joined the Department of Neurosurgery in 2007 as a Physician Assistant. She assists the doctors in both the inpatient and outpatient settings, as well as assisting in surgery.

Having been a military brat throughout her life and living in Europe and the southern United States, she has settled into the Gulf Coast area. After attending Louisiana State University and graduating with Bachelor of Science degrees in both Zoology and Secondary Education in 2001, she taught at Capitol High School in Baton Rouge, Louisiana. She then attended the University of South Alabama Physician Assistant Program and earned her Master of Health Science in Physician Assistant Studies in 2007.