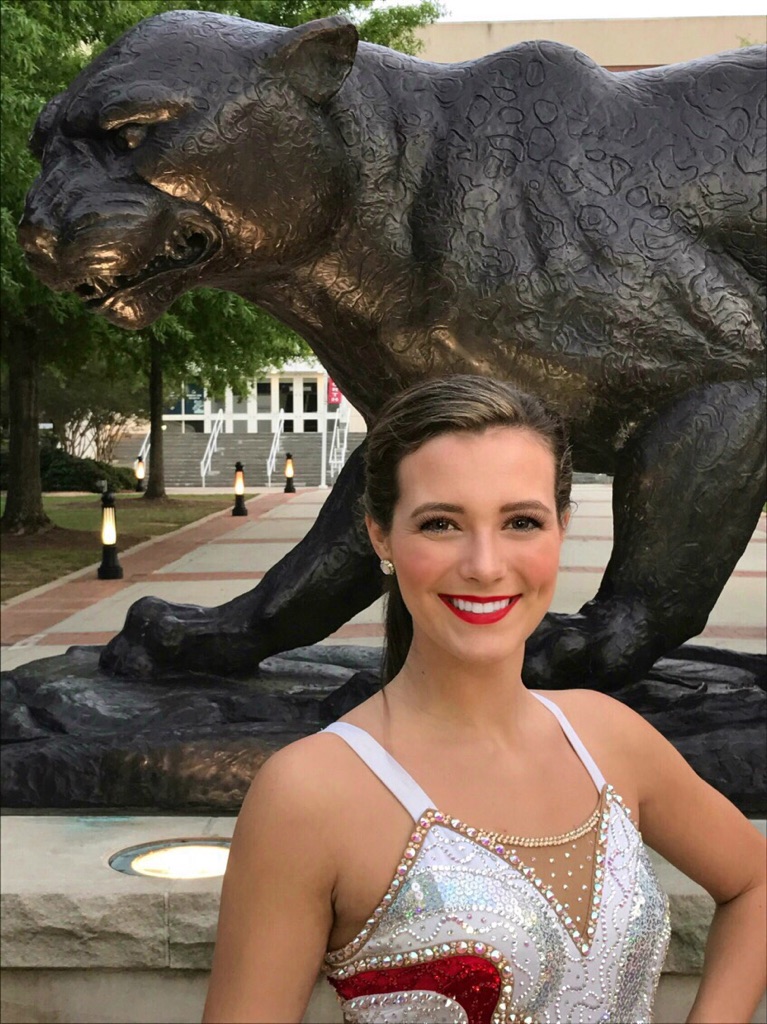 After a national audition process, The University of South Alabama Jaguar Marching Band is proud to announce that Whitney Williams, a senior from Fairhope, Alabama, has been selected as the next Feature Twirler of the Jaguar Marching Band.  Whitney attends Robertsdale High School in Robertsdale, Alabama where she is a majorette in the Robertsdale High School Marching Band. She has been a competitive twirler for the past seven years. Whitney will be majoring in biology at the University of South Alabama with the intention of attending Pharmacy School following her undergraduate career.

Whitney’s twirling accomplishments include the 2016 Miss Majorette of Alabama, 2015 Miss Majorette of the South, and 2015 Miss Coastal Alabama Outstanding Teen Talent Winner.  She has won the National 2-Baton and National/World 3-Baton Championship at “America’s Youth on Parade” (AYOP) held at the University of Notre Dame in South Bend, Indiana. She has placed as a Top 5 finalist at the “Miss Twirl-Mania” hosted by Walt Disney World and was the Distinguished Young Women of Baldwin County First Runner-up in 2016.

Whitney will be replacing Taylor Meckley, a graduating senior majoring in Information Technology from Fredericktown, Pennsylvania who will be taking a position with CGI in Troy, Alabama.

Congratulations to Whitney Williams and welcome to the Jaguar Marching Band!