3 Ways Small Businesses Could Benefit Under a Trump Administration 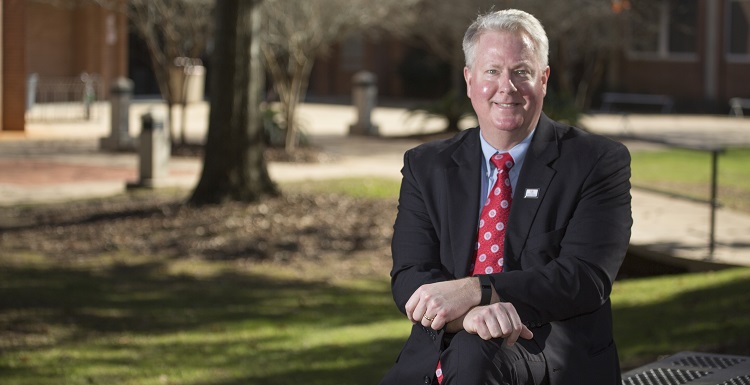 Small businesses could do well under President-elect Donald Trump’s administration, provided he follows through on campaign promises to reduce costs and make it easier to conduct business, according to a University of South Alabama business expert.

Dr. Don Mosley, professor of management in the Mitchell College of Business and executive director of the college’s Melton Center for Entrepreneurship and Innovation, said small businesses, which are those with 500 employees or less, account for more than 90 percent of all employer firms and play a vital role in the nation’s economy.  They foster growth and innovation in local communities by creating jobs, developing new products and broadening services.

Mosley added that “regardless of one’s feelings about President-elect Trump, his presidency will most likely have, in his words, ‘huge impacts’ on small businesses. Even so, it is still uncertain what the total impact will be and only time will tell.”

“Trump has said he will lower the corporate tax rate to 15 percent and close corporate loopholes. Some experts suggest that the Washington, D.C., lobbies are too strong to close a significant number of the tax loopholes, so the net gain is unclear. However, a 15percent tax rate would result in small business owners operating as C-corporations, filing federal income taxes separately from their personal taxes, thereby paying less taxes. In theory, they would be able to invest additional money in growing their businesses and hiring new employees, which would stimulate their local economies. For those operating pass-through entities, small business owners will also benefit from easing of personal income tax rates as well.”

“Trump has also been vocal about creating tax incentives for inner cities to assist in renewing urban areas. This is particularly attractive to millennials who desire to live, work and play in urban communities. He has plans to invest in rebuilding transportation and public service infrastructures, which should stimulate economic activity and, in turn, create more demand for products and services. If these come to fruition, the impact on small businesses will be positive.”

“According to the National Federation of Independent Business, 45 percent of small businesses cite regulations as a critical issue. It could be argued that financial regulations reducing access to capital are the most pressing due to the constraints imposed on many lenders’ decision-making processes. The Dodd-Frank Act was passed to address corporate and Wall Street fraud, but one side effect is the difficultly small businesses have getting loans from their community banks and credit unions. If financial regulations were lessened, more small business loans could be made, and the impact would be positive for them, as well as for the economy.”

Dr. Don Mosley is executive director of the Melton Center for Entrepreneurship and Innovation in the Mitchell College of Business. He has extensive experience as a consultant and facilitator for organizations in both the public and private sectors, including the RSA Tower, Parsons Brinckerhoff, San Diego Padres, City of Fairhope, FEMA and the U.S. Army Corps of Engineers.