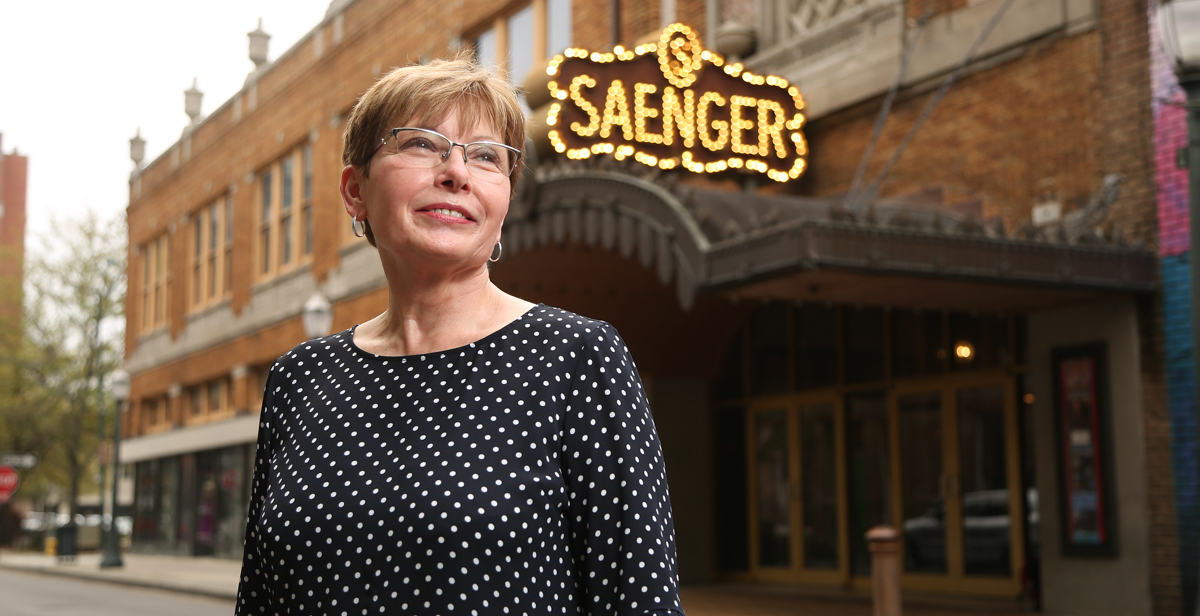 Celia Mann Baehr, president and CEO of the Mobile Symphony Orchestra, said the pandemic meant restricting in-person concert attendance, but it also brought long-overdue changes, a focus on local musicians and a newfound appreciation for the arts. “At our first concert in October, people wept,” she said.

The coronavirus pandemic silenced symphonies all across the country, but leaders of the Mobile Symphony Orchestra managed to salvage their 2020-21 season.

They changed everything. Nothing was sacred.

Masks were required. Concerts were shortened and intermissions eliminated. Only 30 musicians were allowed on stage at one time, and only 400 audience members permitted in the 2,000-seat Saenger Theatre.

Grateful season ticket holders enjoyed programs such as “Festival for Strings,” “Beethoven in Blue Jeans” and “Bountiful Holiday.” In a time of crisis for classical music, the orchestra even managed to attract 500 new concertgoers.

“This is a year that won’t soon be forgotten,” said Celia Mann Baehr, president and CEO of the Mobile Symphony Orchestra. “At our first concert in October, people wept. We were overjoyed to continue bringing live music to the people of Mobile. It could have gone away — and it would have been very difficult to bring it back.”

Baehr, who earned a master’s degree in business administration from the University of South Alabama in 1982, said the orchestra went through 10 different plans for that first concert.

“Being able to do scenario planning — we did that in graduate school — is important, especially when everything you’re doing has a giant question mark next to it,” she said. “We started with the idea that if there was any way to continue with live music, we should do it. That was the beginning. After that, we had to adjust continuously — and I mean continuously.”

In the Mitchell College of Business at South, professors teach the value of focusing on core markets and strategies. Students learn crisis management and how difficult times create opportunities for innovation.

It’s easier to focus when the alternative is going out of business.

“Entrepreneurs, typically, are very creative types who tend to be all over the map,” said Dr. Don Mosley, director of the Melton Center for Entrepreneurship and Innovation. “They’re always coming up with great ideas and a lot of them are trying to pursue multiple paths. Well, in an extreme crisis like COVID, like the pandemic, it forces you to narrow your scope. And I don’t necessarily think that’s a bad thing. You prioritize: What do I need to do to survive?”

Retailers that made early investments in technology have moved more easily into Internet business during the last few years. Expensive mistakes turned into valuable lessons and teachable moments.

“A few years ago, Target was one of the companies that my Principles of Management class analyzed for a semester,” Mosley said. “That was the semester they did a huge rollout of their e-commerce platform, and the site crashed and they had all these problems. It was a black eye for the company, but it may have been a blessing in disguise, because they were able to move forward in a better way.”

At the same time, there is a national trend toward customers making a greater effort to support local businesses. In a crisis, this can make a difference. During the early days of the pandemic, some customers bought gift certificates from neighborhood shops to help them make it through a trying time. 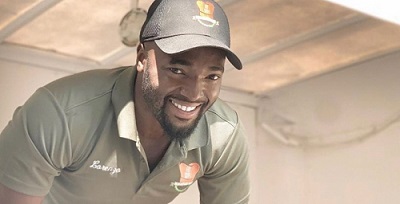 Lorenzo Ferguson said his Fitkits Food Truck business found ways to expand during the pandemic. He added a second truck and opened a new revenue stream through Fitkits Build Outs.

Kenny Dumas, who earned a marketing degree at South, owns and runs Pour Baby, a gourmet food and wine bar in West Mobile. Small Business Administration loans have helped the business survive. So has a core group of devoted buyers and diners.

For Dumas, the lessons of the pandemic are less about innovation and more about loyalty.

“We struggled – we’re still struggling – but our regular customers really came through for us,” he said. “That’s the silver lining for us in all of this. We kept the doors open, somehow, and our customers have supported us.”

While restaurants across the U.S. lost customers, particularly early in the pandemic, Lorenzo Ferguson said his Fitkits Food Truck business found ways to grow. He added a second truck and opened a new revenue stream.

“When it first started, business was good, business was very good,” said Ferguson, who graduated from South in 2015 with a degree in physical education. He began his business, focused on healthy to-go options, in Mobile before shifting to his hometown of Jacksonville, Florida.

“The market was wide open for us when the stay-at-home order came out. We were able to go into neighborhoods and serve a lot of families. When things got slow, we saw an opportunity to build out food trucks for others. It opened another business for us. We turned nothing into something.”

“It was more like, ‘What’s next for us?’” Ferguson said. “‘We’ve got to keep this going. What else can we do?’ We actually expanded our brand during COVID. Most people were going in the opposite direction, but we moved forward.”

“It was scary – very scary,” she said. “We were just reeling. You know, ‘What can we do? How can we react? How can we still be there for our clients?’ Boarding went way down, because no one was traveling, so that was a fat goose egg. The core of our business is day care, which took a dip right at the beginning. Then it was like a whole other surge of people.”

Business is much better now and the future looks bright for Port City Pups.

Duos is just 23 years old, but she had impressed advisors and investors with a 28-page business plan. There was nothing in those pages, though, about surviving a coronavirus pandemic. COVID-19 taught her that not all problems are so easily anticipated.

At the Mobile Symphony Orchestra, Baehr always looks for the bright side of problems faced by the arts group. Often, they’re not hard to find.

Trouble finding guest performers, for example, meant that members of the symphony have had to take lead roles and offer solo performances.

“It gave us an opportunity to spotlight our own talented musicians,” Baehr said. “A lot of people appreciated that.”

The orchestra youth program did everything it could do to continue lessons and recitals. That meant something to the families of children in the program.

The orchestra remains a small organization with just 10 full-time employees and an annual budget of $1.7 million. Support comes from ticket sales, grants and donations. The coronavirus pandemic forced some long-overdue changes.

The organization had saved money in the past by not going to a computerized scanning system for tickets. The need for contact-less operations made that investment less of a luxury than a necessity.

Goodwill has not been a problem in the classical music community. Some season ticket-holders refused to be reimbursed for concerts they were unable to attend. They told the orchestra to consider that money a donation.

Supporters are already looking forward to a 2021-22 season with fewer restrictions and more concertgoers. Yet that is no sure thing. Several plans and many scenarios have to be considered. 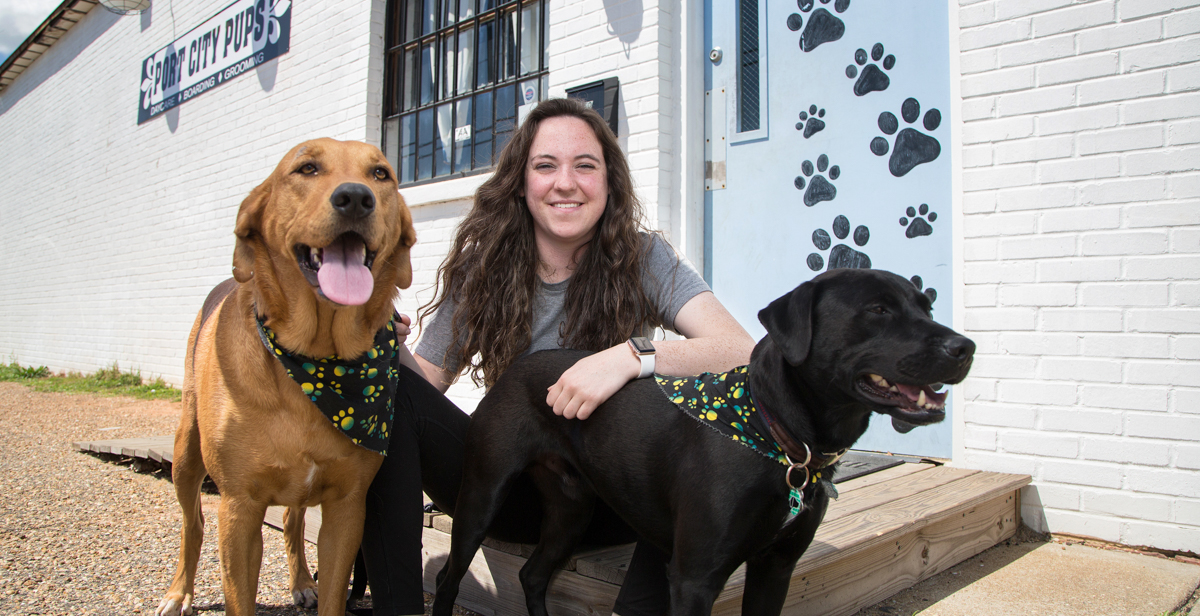