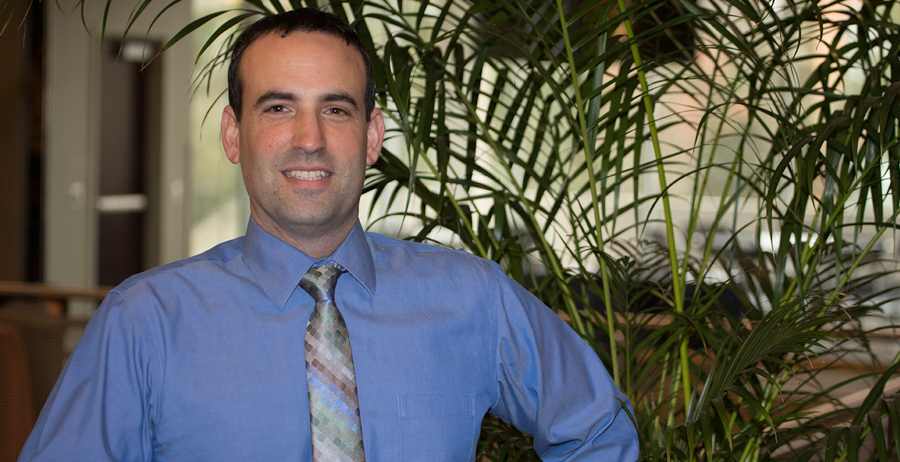 Dr. David Meola, the Bert and Fanny Meisler Assistant Professor of History and Jewish Studies and director of the Jewish and Holocaust Studies Program, will research the involvement of Jewish Germans in the German liberal and democratic movement of the 1830s and 1840s as a Fulbright Scholar.

Dr. David Meola, the Bert and Fanny Meisler Assistant Professor of History and Jewish Studies and director of the Jewish and Holocaust Studies Program at the University of South Alabama, will conduct research in Germany for two summers as a Fulbright Scholar.

Meola will research the involvement of Jewish Germans in the German liberal and democratic movement of the 1830s and 1840s, and seek to ascertain their roles as intellectuals, facilitators and disseminators of liberal ideas that sought to create a united Germany for all Germans. They joined this movement in response to overwhelming oppression. According to Meola, many German states barred Jews from trades and professions, forced them to pay special protection taxes, and some states even restricted marriages to the eldest son in order to prevent Jewish population growth.

“This period I am researching followed both the time known as the Age of Reason, or Enlightenment, and that of the French Revolution,” Meola explained. “One of the most important ideas that grew out of these periods and that had significant importance for Central Europe was emancipation of the Jews or, as it was conceived at the time, finding a way to make Jews ‘productive’ citizens. However, in the German states, unlike in France, emancipation was neither immediate nor complete, with most Jews stuck in second-class citizenship or worse.

“As such, during the rise of the liberal movement in Germany in the early-to-mid 19th century, more Jews became involved with this political ideology, which they saw as the best way to achieve emancipation for themselves and for other oppressed people, despite many liberals’ antipathy toward Jews and Judaism,” Meola said. “In order to complete my research, I will visit archives throughout Germany to find Jewish people (including Jewish converts to Christianity) and their contacts who were involved in this movement. I hope to create a broad and deep network of individuals and the intellectual avenues to which they belonged. While there has been plenty of research about the development of German liberalism before and after the 1848 revolutions, the role of Jewish Germans in this movement has been marginalized.”

During his time in Germany, Meola will be based at the Lichtenberg-Kolleg at the University of Göttingen (Göttingen Institute for Advanced Study) as a fellow in Modern Jewish Studies. His research will be broken into separate stays during the summers of 2020 and 2021.

Meola’s research also includes a local connection. Recently, he collaborated with Deborah Gurt and Paula Webb from USA’s Marx Library to work on a traveling exhibit about Joseph Bloch, a Jewish German who fled Bavaria in 1848 for suspected involvement in democratic and revolutionary activities. Bloch eventually settled in Mobile, where he later became a professor of music, specializing in salon music, at Spring Hill College and eventually became known as the “Father of Music” in Mobile. Today, Bloch’s papers are preserved in the Doy Leale McCall Rare Book and Manuscript Library at the University of South Alabama.

“(People like Bloch) came to America because they felt that, because many of America’s founders were involved with and influenced by the Age of Reason, their religion would be protected here,” Meola said. “I thought it very interesting that Bloch was here in Mobile, and that his papers are here on campus.”

After next summer’s research, Meola plans to write an article to be submitted to a leading journal in German history that will take a fresh look at the Jewish-German liberals and the liberal movement of the 1830s and 1840s. Plus, he will present the new findings at relevant Jewish and German studies conferences and workshops. He also plans to develop a scholar workshop about German liberalism. The second year will involve expanded research to provide a broader analysis, as well as context, for important liberal and democratic meetings that occurred in 1847 and those leading up to the revolutions of 1848.

Finally, he plans to write a book on the subject. It will be Meola’s second book, as his first, “We Will Never Yield: Jews, the German Press, and the Fight for Inclusion, 1830-1848,” will be published by the University of Toronto Press.