The Beginning of the End of the UK? 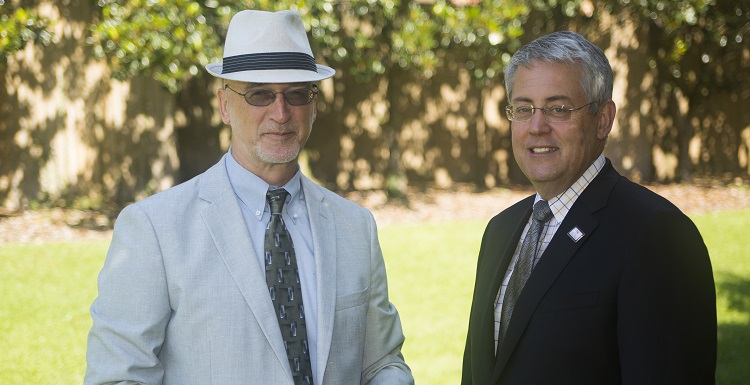 The fallout from Brexit is underway after voters in the United Kingdom decided Thursday that they no longer want to be a part of the 28-member European Union. Global markets took a plunge, Prime Minister David Cameron announced his resignation, and the prospect of a Scottish secession became much more likely.

University of South Alabama Mitchell College of Business Assistant Dean Dr. Alex Sharland, who teaches international business classes, and Dean Dr. Bob Wood try to make sense of it all, one day after the vote.

1. Great Britain, in a 52-to-48 percent referendum, voted to exit the European Union within two years notice by the U.K. government.

“It’s two years because it’s a clause in the constitution,” Sharland said. “It was only put in in 2009. Nobody thought anyone would leave.

“Two years is not very long to negotiate all the details – movement of people, movement of goods, payment of funds. What happens to projects already funded? Northern Ireland has been the beneficiary of a lot of EU investment. Who knows what the state of all that is now. What about shared projects? What about joint institutions? It’s all going to have to be worked out. It’s a divorce.”

2. Prime Minister David Cameron has resigned, despite being asked to stay on by many Brexit supporters.

“They wanted him to stay because he’s actually the best leader the Conservative Party had,” Sharland said. “He’s the only effective leader of the Conservative Party at the present time. Why did he resign? Because he made remaining in the EU a point of principle. And for all of their faults, British politicians tend to resign when their point of principle fails. He was the architect of this in the first place. It’s his fault. He campaigned in the last election on ‘We will have referendum.’”

3. Global economic markets were not expecting a withdrawal of the U.K. from the EU. Global markets fell and the British pound was down significantly versus the U.S. dollar.

“The markets knew it was going to be a close vote and they were all leaning more toward Britain staying,” Wood said. “Not only did the outcome surprise them but the size of the outcome surprised them. So what you’re seeing is, markets being driven by uncertainty, and the more uncertainty the more volatile they are. Most of the investment advisors and the professionals are saying, ‘Don’t do anything with your portfolio. It’s a knee jerk-reaction.’ And it is in my mind.”

1. The U.K. has been a prime destination for foreign direct investment.  Will that continue?

“Think Japanese automobile companies,” Sharland said. “If they wanted to sell automobiles in the European Union, the U.K. was in the European Union. Therefore, when they made cars in the U.K. they were behind that wall. They were able to sell all those vehicles they made throughout the EU without any duty, no tariffs. Now the U.K. is not going to be inside that wall. So all of that investment that they’ve got in the U.K., what’s going to become of that? Are the cars made there going to be subject to a tariff? That will be part of the negotiation.”

When it comes to those negotiations, Sharland said, the British will be in a tough spot – like trying to buy the last car on the lot.

2. Could a British exit lead to a recession in the U.K.?  If so, could that affect the global economy?

“Typically when a currency goes down in value you have inflation. And anytime you have inflation higher than it should be, that often drives up prices and people buy less, especially with durable goods,” Wood said. “Also, if these companies that have foreign direct investment in Great Britain now have to pay tariffs, they’re going to pull out of there. Now unemployment is going to go up. So you’ve got more unemployment, you’ve got people buying less and that could lead to a recession. It would be great to say in England and Great Britain, what happens there stays there. But the economy is global.”

While the economy of Great Britain makes up only about 4 percent of the world GDP, a recession there could have a domino effect, toppling the EU economy and spreading to the U.S., Wood and Sharland said.

3. Will Scotland secede from the U.K. and remain a member of the EU?

“Both Northern Ireland and Scotland voted overwhelmingly to stay in the EU,” Wood noted.

Brexit follows a 2014 Scottish independence referendum that threatened to break Scotland away from the U.K. With the glaring divide in Thursday’s voting, expect another referendum as Scotland looks to exert more control over its future, Sharland said.

In Thursday’s referendum, voters may have set in motion a series of events that could lead to more than just an exit from the European Union.

“This could lead to the breakup of the U.K.,” Sharland said.