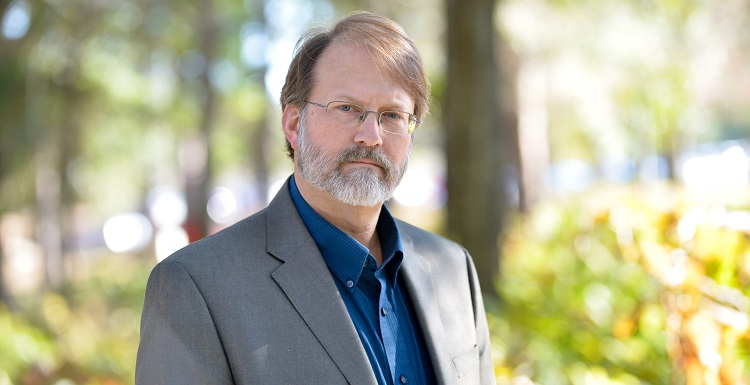 Dr. Steve Trout, professor and chair of English, is the 2017 recipient of the MidAmerica Award from the Society for the Study of Midwestern Literature for distinguished contributions to the study of Midwestern literature.

He received the career award during a recent conference of the society, which supports the study and dissemination of work in Midwestern literature, art, film and scholarly study.

Trout specializes in literary modernism, war literature and American cultural studies. He has published extensively on authors Willa Cather and Ernest Hemingway as well as other Midwesterners such as painter John Steuart Curry.

He is also founding director of the University’s Center for the Study of War and Memory, the world’s only academic center that promotes how cultures institutionally view wars.